Why I read this book: It was provided to me by the author for an honest review. That and I loved Six Degrees Of Lust by this author so I JUMPED at the chance to read more from her. 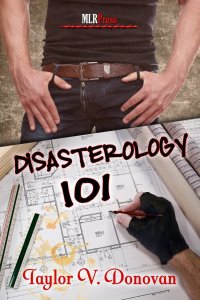 Blurb:
Kevin Morrison had it all. A house he worked hard for, a loving wife, and three beautiful children. But it wasn’t until his marriage ended that he realized what the void he’d felt almost all his life meant. Coming out as a gay man at thirty-six is not an easy feat, but he is determined to be true to his heart. Meeting a man who shares his values, and is good with his children would be a bonus, but when the guy arrives in a uniquely wrapped package, and has very specific handling instructions, Kevin needs to decide if he’s up for that kind of love.

Obsessed with order and symmetry, and a paralyzing fear of germs, Cedric Haughton-Disley has lived with isolation and loneliness as long as he can remember. Desperate to be normal, he makes some much-needed changes in his life. If he can commit to his treatment, he might very well be able to procure some quality of life… even if that’s all he can get, as finding love and having a relationship are only possible in Cedric’s wildest dreams. But when a chance encounter leaves Cedric wishing for more, he decides to take a leap of faith, and pursue the guy he wants.

Together the two men make an unlikely match. Cedric needs organization, and Kevin represents chaos. In order to stay together they both need to compromise, but will they be able to deal with Cedric’s issues and the potential disaster, or let it break them apart? 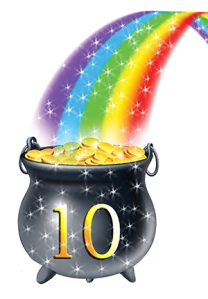 This book was so emotional that every fiber of my being was screaming at me to stop, put it down and walk away. But I reminded myself that “you are an adult, put on your big girl panties and read it.” And I am so very glad I did. Yes it is tough and very real and at times I felt like sobbing cause it just seemed to be too much. I wasn’t sure they could over come one more obstacle. And when I say its real, I mean it is really real, no sugar coating Cedrics OCD or germaphobia. There is so much push and pull to make their relationship work, and that meant that they would both have to tackle Cedric’s issues head on. Which is why I fell in love with Kevin, he didn’t turn from Cedric when he learned of his illness. He learned more about it and what he could do to help make things better for him. And Cerdic knew that he needed to continue on with his treatments in order to have the kind of relationship he never dreamed was possible.

I love a story when a man has been married for years and finally admits that he is gay. But it seems in most of those the ex wives in those books are total witches. Not this one, when Kevin’s ex wife Jenny admits she knew he was gay I was expecting lots of screaming and tears. Threats to keep the kids from him. I was pleasantly surprise when she not only supported him but was willing to be a support system when he came out to his children. Did she get upset when she finally saw Cedric for the first time? Yes but in all honesty so would I cause as a momma my first instinct is to protect my kids. And well…Cedrics appearance IS a bit much. Like Kevin said, he was a “pretty thug.” So yea she had her freak out moment as any momma can have, but I gave her major props for listening to Kevin and not just demanding he stop seeing him. Plus Cedric more that makes up for it in her book later. Oh you want me to tell you how? No…go read the book and see for yourself. 🙂

And Cedric, well what can I say about Cedric. I wanted to wrap him up and hug him and tell him all was gonna be ok. Can you see that going over well? NOPE. But what I love about Cedric is that yes he knows his limits and knows the treatments are helping. He also know he is going to have to give a little in order to keep Kevin. Will it always be a 50/50 relationship, no because it just can’t. He knows that and Kevin knows that when they got involved with each other. But man does he put forth the effort and that is all you can ask for.

Were there times I wanted to yell at both cause they were being pigheaded and pushing the other away. Yea but that is real life. We do that to those we love, and that is why this book is so real and so heartbreaking, yet so wonderfully beautiful. The author takes those issues and shows us that they are very real and its not always an easy fight to get your happily ever after.

Where to buy:
Amazon
Barnes and Noble
MLR Press