Jay Northcote is a British author who is attending the UK meet. She lives near Bristol and is here today to tell us about the city, and a little about her books that are set there. Please comment below to be entered in a draw to win a copy of either Not Just Friends or The Little Things (Jay’s two books that are set in Bristol).

The UK GLBTQ Meet is coming up in two weeks time and I can’t wait! It will be my first ever event of that type, and I’m really looking forward to meeting other writers and readers in the genre.

The UK Meet is being held in Bristol this year, and as I’ve lived in or near Bristol for over twenty years, I thought it would be fun to write a little about the city I call home. Two of my books—Not Just Friends and The Little Things—are set in Bristol, and I have another story awaiting publication that also uses Bristol as a setting.

I came to Bristol as a student—like Lewis and Max in Not Just Friends—and I fell in love with the city immediately. I’d never lived in a city before and the vibrancy and variety of cultures was fascinating to me. When I graduated I went away for a year to do teacher training in Oxford, but managed to get a job in Bristol so I could come back to what felt like home.

There are so many beautiful places and interesting things to see in Bristol. If you’re here for the meet you may not have time to do much sightseeing, but even close to the hotel there are some cool things you can look out for.

The mirror ball in Millenium square is always fun, and it’s wonderfully photogenic. The tiny speck in the middle of it is me 😉 This is just a few minutes’ walk from the Marriott Hotel.

Also in Millenium Square there are some very cool water feature/fountain type things.

The harbourside is just a short walk from the Marriott too, with lovely views of boats and lots of great cafes and restaurants.

One of Bristol’s most famous landmarks is the Clifton Suspension Bridge (this is about thirty minutes walk from the UK Meet hotel but is well worth seeing).

I used the Suspension Bridge as one of the settings in Not Just Friends. My main characters—Lewis and Max—ran there on a rainy day, and then later in the story Lewis ends up back there at night when he’s going through a difficult time:

The bridge was beautiful at night, lit up by thousands of small white lights that decorated the amazing structure, turning it into something magical. As Lewis passed the stone walls at the gateway to the bridge, a small sign bolted to the wall caught his eye. The words on it were in white letters on a black background, and they stood out starkly in the light of the streetlamps. He hadn’t noticed the sign on his previous visits, and he huffed out a bitter chuckle at the irony as he saw they were advertising the Samaritans’ helpline. He felt like utter shit right now, but Lewis couldn’t imagine being so unhappy and desperate that jumping off a bridge would feel like his only option. How awful must someone need to feel to do that? Lewis still had enough perspective to know he’d get through this, but a time machine to take him to a point in the future where it didn’t fucking hurt so much would be nice.

He walked to the midpoint of the bridge and leaned against the barrier, staring out at the dark water far below and the lights of the city where the gorge opened out a few miles down the river. He lost track of time as he stood there, letting his thoughts drift and flow like the river, waiting for the ache in his chest to subside. He thought of Max, his bright eyes and wicked smile, the silvery scars on his arms, his vulnerability and his courage. Hot tears trickled down Lewis’s cheeks again and he didn’t bother to wipe them away, letting them flow freely as the wind carried away his sobs.

The drizzle turned to real raindrops now, carried on icy gusts of wind, and Lewis’s hands were freezing where they clutched the railing. When he started to shiver in earnest, teeth chattering, he finally turned and started to walk back along the bridge in the direction from which he’d come. He shoved his hands in his pockets and felt the smooth edge of a coin against his fingertips. He pulled it out to study it and found it was a ten-pence piece. The bright silver metal lay in his palm, gleaming in the lights that decorated the bridge. Impulsively, Lewis moved back to the railing and leaned as far as he could through the wire guardrails, which were there to deter jumpers. He stretched his arm out, the coin in his hand, and flipped it into the air with his finger and thumb. His stomach swooped as the coin spun, catching the light as it rose and then fell, plummeting down toward the dark water below until it was out of sight.

Here are the details of my published works that are set in Bristol: 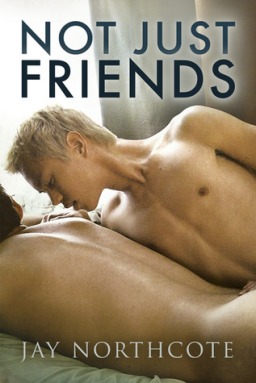 Leaving home to go to university is an exciting phase in anyone’s life. One that’s full of new places, new friends, and new experiences. But Lewis is not prepared for the sudden and intense crush he develops on his out-and-proud flatmate, Max—given that Lewis had always assumed he was straight. Max starts dating another guy, and Lewis’s jealousy at seeing them together forces him to confront his growing attraction.

When Max’s relationship goes awry, Lewis is the one to comfort him and one thing leads to another. But after a night together, Lewis is devastated that Max wants to go back to being just friends. Lewis tries his best to move on and their friendship survives, but the feelings he has for Max don’t go away. He faces other challenges as he deals with coming out to his parents, and needs Max’s support more than ever. But Lewis isn’t the only one who’s conflicted. When Max finally admits he cares for Lewis too, Lewis must decide whether he dares risk his heart again on being more than just friends.

There are lots of things that brighten Joel’s life. His three-year-old daughter Evie is one. His close relationship with her mother, his best friend from university, is another. Joel’s boyfriend, Dan, adds spice to his child-free nights, and Joel is pretty happy with how things are.

Then one cold and rainy night, everything changes. Joel’s life is turned upside-down when he becomes a full-time dad to Evie, and his previously carefree relationship with Dan cracks under the strain.

Meeting Liam, who acts as if getting hurt isn’t a foregone conclusion, shakes Joel to the core. Their attraction is mutual, and Liam makes no secret of how serious he is about Joel. But Joel is wary. He tells himself he’s keeping Liam at a distance for Evie’s sake, when really he’s protecting his own heart. Taking a chance on this new relationship with Liam may seem a small step—a little thing—but is it one Joel can take after losing so much already?

If you enjoy reading stories set in the UK, you might also like to check out the Not Quite Shakespeare anthology that is coming out soon with Dreamspinner Press. I have a short story in that called Tops Down, Bottoms Up–it’s a morris dancing joke – you have to read the story to find out the double meaning!

Jay lives just outside Bristol in the West of England, with her amazing, occasionally ridiculous husband, two noisy-but-awesome children, and two cats.

She comes from a family of writers, but she always used to believe that the gene for fiction writing had passed her by. She spent years only ever writing emails, articles, or website content. One day, she decided to try and write a short story–just to see if she could–and found it rather addictive. She hasn’t stopped writing since.

Please comment below by Friday, May 30th at 11:59 pm CDT for a chance to win a copy of either The Little Things or Not Just Friends (the winner gets to choose).

And if you’re going to be attending the UK meet, please come find me and say hi!

You need to be 18 years or older to enter the giveaway, void where prohibited, etc.

Thanks for reading 🙂
Jay

23 thoughts on “UK GLBTQ Meet: Jay Northcote on Bristol and her books that are set there <3 (With Giveaway)”