This book was provided free of charge for an honest review by Harmony Ink Press.

Why I read this book:  This is totally different to what I normally read, but I am growing to love paranormal, so decided to give this one a try from the blurb. 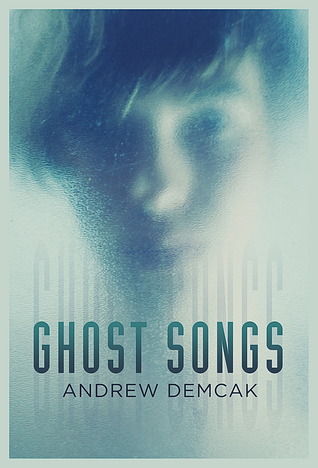 It’s not easy being Todd Williams, a fourteen-and-a-half-year-old gay musical prodigy. The bullies, Bob and Ari, at his fancy private school make his life a living hell. Todd’s drunken, irresponsible mother, Eddie, constantly embarrasses him and puts his artistic future in jeopardy. And now, his best friend, Jennifer, who plays clarinet with him in the orchestra, isn’t speaking to him. Maybe Leroy, Todd’s friendly poltergeist, knows what’s going on with her. To top it off, he can no longer rely on Jennifer’s help in the race to solve a puzzle that could lead to a buried treasure. Todd must learn to stand alone. He’s finding out that growing up is far scarier than he ever imagined

Title: Once you have read the book, you will totally understand why the book is called Ghost Song.

Story:  This book was so different to my usual reads, but I am so glad I read it.

This is one book, when as you are reading, you really wish you could climb into the book and help Todd.  You really feel his dismay when he is constantly bullied by Bob and Ari, and you really wish he would tell someone, but due to his circumstances, you fully understand why he stays silent.

His mother Eddie, you want to shake and wake her up, as to what is happening to both herself and her son. However, as the story unfolds, enter Darlene, who decides to try and help Eddie and Todd, but I won’t spoil how she does this.

Jennifer is also a teen that you really feel for, she has got herself into a very bad situation under the guise of love, and then she has no idea how to change things for the better. Todd wants to help Jennifer, but  is unsure how to do this, and to make matters worse, even though they are best friends, current circumstances seem to overwhelm them both, and their friendship is tested to the very limit.

Their friendly poltergeist Leroy,tries to help them both, but to begin with both are confused with what he is trying to tell them.  Leroy was with them from the first page of the book, and as you read he appears more and more but not always how you would expect.

I totally loved this book, and it is one of those books that you just have to keep reading to see what happens, especially to see if a poltergeist can help the two teens.  You really feel the emotions of  both Todd and Jennifer, and I sometimes felt frustrated that I could not help them….. but to me this shows a wonderful book. You really got to know Todd well, and see why he would not speak to anyone about what was happening to him with the bullying and Jennifer.  What really blew my mind was when you finally found out who the poltergeist was….. this was one twist the I was not expecting at all, but it all tied in the characters perfectly.

Andrew Demcak is an award-winning poet and novelist whose work has been widely published and anthologized both in print and on-line, and whose books have been featured by The American Library Association, Verse Daily, The Lambda Literary Foundation, The Best American Poetry blog, The Nervous Breakdown, and Poets/Artists. His first Young Adult (YA) novel, GHOST SONGS, was published March 13, 2014 by Harmony Ink Press. His first literary novel, If There’s A Heaven Above, was published January 5, 2013 by JMS Books. His fourth book of poetry, Night Chant, was published by Lethe Press, 2011. His other poetry books are: A Single Hurt Color, GOSS 183::Casa Menendez Press, 2010, Zero Summer, BlazeVOX [Books], NY, 2009 and his first poetry book, Catching Tigers in Red Weather, three candles press, 2007, that was selected by Joan Larkin to win the Three Candles Press Open Book Award. He was a 2010 Finalist for The Crazyhorse Poetry Award. His work has been nominated for the Pushcart Prize, Lambda Award, Thom Gunn Poetry Award, both the California and Northern California Book Awards, Best of the Web, and others. He has an M. F. A. in English/Creative Writing from St. Mary’s College in Moraga, CA , where he studied with Robert Hass, Brenda Hillman, Michael Palmer, Carol Snow, Frank Bidart, Gary Snyder, Charles Wright, and Sharon Olds. Andrew is also a member of the Squaw Valley Community of Writers, where he studied with Galway Kinnell, Richard Howard, and Lucille Clifton. His poems, including Young Man With iPod (Poetry Midwest, #13), are taught at Ohio State University as part of both its English 110.02 class, “The Genius and the Madman,” and in its “American Poetry Since 1945” class. At the age of 23, Andrew published his first chapbook, The Psalms (Big 23 Press), which was favorably reviewed by Dr. Clifton Snider in the Small Press Review (issue 226, vol. 23, no. 11.) When he is not hard at work as a Children’s Librarian for Oakland Public Library, he can be found eating okonomiyaki at Japantown in San Francisco. Viva Wallace Stevens! Visit Andrew at: AndrewDemcak.com