This book was provided free of charge for an honest review by the Wayward Ink Publishing. 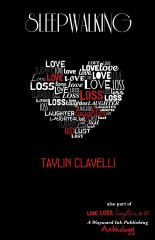 Devastated by loss, Matthew sleepwalks through life, existing but not living.
Can someone rescue him from his waking nightmare and help him to live again?

This is a short story about Matthew and Elliott.

We meet Matthew, who is heartbroken at having lost his husband Sam in the line of duty two years earlier.

He took his husbands death hard, and is only just a shell of himself.  He withdraws into himself, and it seems that nobody can penetrate the wall he has erected.

He is noticed at work by Elliott, who sees how sad and alone he is.  He manages to find out how he takes his coffee, and one morning takes Matthew a coffee, and Elliott is shocked when Matthew looks at him, at the sadness and emptiness in his eyes.  He begins to take Matthew a coffee each morning, and one day he asks Matthew to go with him and eat their lunch outside.  Matthew reluctantly agrees, but does enjoy his time with Elliott. This becomes their ritual each day, until one week that Matthew is not at work.

Elliott is so worried about Matthew, that he manages to find out his address, and decides to go there after work to make sure he is ok.  When he arrives, he has to knock twice before Matthew opens the door, and Elliott is shocked as how bad Matthew looks.  Elliott invites himself in, and pulls Matthew into a hug, and this is the last straw for Matthew as he just dissolves into tears. Elliott stays with Matthew as he sleeps, and it is then that Matthew tells Elliott everything about his life, and his marriage to Sam. Elliott feels a deep attraction to Matthew, but decides to just go slow and take things at Matthews pace.

They continued going out as friends, with the odd hug instead of words, and it was over two years later that Matthew showed any sign of being attracted to Elliott. I loved reading how Matthew made the first move, but was still unsure of how to proceed, and Elliott was sensitive enough not to push and lose Matthew.

This book is full of the feelings and emotions of Matthew, having lost his husband, and the deep despair he feels.  I really did feel for Matthew, and could understand how things seemed to bad to him.  I loved Elliott though, as he showed that even though he was very attracted to Matthew, that he would not act anything, until Matthew showed him some sign that he was ready.  Although it was sad at the beginning, the book was quite the journey of Matthew grieving for his husband, but managing to get through this and start living again, with the help of Elliott.

I stood there in the empty hallway, hearing nothing but the echoes of faraway voices as I faced the wall of fallen heroes. Looking upon his handsome face, he smiled into the camera, standing proud, his chest puffed out, showing off his uniform to its full potential. How I wished he were here now. Instead of just a photograph, with his badge below it.

Running the tips of my fingers over his outline, I remembered his strong muscles over my skin. How his body was so big he could totally encase me; it made me feel safe. How my splayed hand only covered half his shoulder. Hell, my thigh was the size of his bicep—and yet he handled me as though I was the most precious thing on earth, both in life and in bed.

I’d run my fingers through his cropped, straight black hair, scratching his scalp with my short nails, making him purr like a cat. He’d lower his lips to mine, devouring me before making passionate love to me. Even now, I can feel the strength of his body within me, and the feel of him between my thighs.

My heart ached. I couldn’t stop the tears. I couldn’t walk away. I stood, rooted to the spot, while all the stitches that held me together snipped open one by one, releasing all the memories, the pain.

“Sam,” I whispered, before I sank to the floor, sobbing.

Taylin Clavelli lives in the United Kingdom, about 15 miles south of Birmingham, and a short journey from the world famous Cadbury’s Chocolate factory. She’s married with children and loves her family with all her heart.

Her love of books has been a long standing affair, with Taylin liking nothing better than to lose herself in an imaginary world.

Until she met Lily Velden, she never considered trying her hand at writing. However, after talking ideas, Lily encouraged her to put pen to paper—or rather, fingers to keyboard. Since, with a few virtual kicks in the right place, she hasn’t stopped. Her confidence eventually led to her writing an original work for submission.

Her first published work was Boys, Toys, and Carpet Fitters, developed for the Dreamspinner Press Anthology – Don’t Try This At Home.

Now she absolutely adores immersing herself into the characters she creates, and transferring the pictures in her brain to paper, finding it liberating, therapeutic, and wonderful.

Outside of writing, her interests include; martial arts (she’s a 2nd Degree Black Belt in Taekwon-do), horse-riding, all of which facilitates her love of a wide variety of movies. Her action heroes include Jet Li and Tony Jaa—finding the dedication these men have for their art combined with their skill both amazing and a privilege to watch. If pressed, she’ll admit to thinking that the screen entrance of Johnny Depp as Captain Jack Sparrow in the Pirates of the Caribbean – Curse of the Black Pearl, and Shadowfax in LOTR, to be the greatest screen entrances ever. Her all-time favorite movies are Star Wars and Lord of the Rings.

The simple things in life that make her day, putting a smile on her face are:

Laughter – especially that of her children.

The smell of lasagna cooking – it makes her mouth salivate.

The dawn chorus – no symphony ever written can beat the waking greetings of the birds.