Blurb: “As the others scrambled, two more gunshots were fired, echoing throughout the room. Blood splattered on the wall and floor as three bodies fell to the ground.” –BOYSTOWN Season One

In the aftermath of the warehouse shootings, lives are forever changed and relationships are forever altered. As the families of the victims work to put the horrific event behind them, they find themselves at the center of an even larger plan for revenge.

Ciancio twins Marco and Gino are as handsome as they are powerful — and they arrive in Boystown with a scheme rooted in the bad history between the Ciancio and Mancini families.

At the same time, Keith Colgan seems hell-bent on getting back the boyfriend he believes was stolen from him, Ben Donovan continues with his plan for Jacqueline Morgan and her son Jesse, and a stranger from the past threatens the future.

It all leads up to a spectacular New Year’s Eve engagement party that no one will ever forget.

Welcome back to BOYSTOWN!

Season 1 ended on a cliffhanger, and I for one could not wait for Season 2 to come out to see what had happened…..

Season 2 picked up straight from the cliffhanger at the end of Season 1.  Cole is injured, together with Derek, but when Derek sneaks into Coles hospital room to check on him, unbeknown to him, somebody is watching…..

I am not sure about Joyelle, I think she is manipulative in her own way, and I did feel sorry for her in Season 2, but I also think that she is also hiding a big secret, but this is not revealed.  Derek seems to have his own agenda in Season 2, even more so than before.  He is making decisions that will affect everyone, but decides he can makes these without speaking to the others affected.

Now Jesse has found out about his mothers marriage to his friend with benefits, namely Ben (who his mother knows as Shaun), he has decided regardless of the consequences and how happy she is, he needs to show her that Ben used to be with him.  Sadly, as well as his mother going to the hotel room at his summons, Jesse’s current lover Logan goes as well……… what did happen when they arrive at the hotel room…… I have no idea, need Season 3 to answer this!

The couple that I really do adore are Emmett and Max.  No matter what Emmett throws at Max, he stands by his side, ready to help in any way he can. You feel for this couple, as they are obviously in love, but due to Emmett being abused, he is very fragile, but Max shows no resentment towards him, so deep is his love for him.

Keith is still convinced that he can win Emmett back, but that does not seem to be the case.  Around to console him though, is the detective who is investigating the case involving Emmett.

Now one character to really hate is Justin, who is Dereks and Emmetts brother – he is his own agenda, and part of it becomes clear when you then meet Marco and Gino, who are around to cause problems. Justin is doing his own thing, but Derek seems oblivious to this, and thinks Justin is doing what he said and is trying to make up for what he did in his younger days.  You learn part of his plan, but I am sure that in Season 3 it will really show what he is doing.  Justin has an accomplice working with him, but even he doesn’t realise that she is following her own agenda too – why you will learn in Season 3.

As with Season 1, Season 2 has finished with a massive cliff hanger, and I for one cannot wait for Season 3 to come out so I can see what happens to everyone involved.  Guaranteed is that Justin will get away scot free….. but I will wait to be proved wrong when I read Season 3.

I was anxious to read Boystown Season 2 after the cliffhanger that was the end of Season 1. This is a series that is definitely best read in order because many of the couples that were together in Season 1 have been shaken up.

In Season 1, I had been annoyed with Joyelle’s machinations but in Season 2, I felt more empathy than annoyance. She is still with Derek even though his heart is divided. He also is looking to get back into the family wine business and his persistence shows no bounds with him conspiring with his brother Justin and making plans without his other brother Emmett’s or Joyelle’s approval or acceptance. His new attitude has made him less likable and less forgivable for his deceptions.

Emmett is now with Max and they seem very happy though he has a lot to work through after the kidnapping and abuse. Max’s loyalty even in the face of the consequences of Emmett’s kidnapping is sweet. He does seem to be a little too worried with what is going on with his ex Logan and Logan’s new boyfriend Jesse. Max’s attitude towards Jesse is definitely a little immature at times and their dislike for each other is intense and a little strange since they don’t know each other.

For whatever reason Jesse seems to make Logan happy, but he is very cocky and immature when he is around Max. His plan for showing his mother just who she really married might possibly be the stupidest thing a character has done in this book and that’s saying a lot. I really feel for Logan, after realizing his unhappiness and laying off the liquor, he has his hands full with his new boyfriend.

Cole still comes off as rather naive. His heroics and recovery after being shot show him to be a likeable character but he is still in love with a married man who makes him promises that don’t seem like they will be kept. Justin’s motivations for visiting his brothers in Season 1 were unclear but we learn in this book why he is back and it makes him truly despicable, though he has one redeemable moment at the end. Keith is at loose ends after his break up with Emmett and though he seems to want him back, it is more of a lack of something to do than true love. But there is someone who is interested in him and it doesn’t take long for him to find new goals.

Entering into the story for the first time are twins Marco and Gino. Their father has a history with Justin, Emmett, and Derek’s father. A rivalry between the two families has existed for a long time and though they are mostly there to cause trouble, there is a connection between one of the twins and one of the Mancini brothers (Derek, Emmett, and Justin). Also Justin has a helper in his grand plans names Rachel. She willingly helps him exact blackmail and cause trouble to help him complete his plans but she has her own purposes for doing so and they involve a lot more people and a secret that is only tapped into before Season 2 ends in a cliffhanger that ups the shock factor from Season 1.

I have to admit that there are an awful lot of characters with an awful lot of secrets. When they all merge together in the story line, it can get busy and complicated but the secrets and deceptions are delicious and are guaranteed to pull you into the story, making you want more and want it now. With a plan backfiring in epic fashion, a car bomb going off in the vicinity of several characters, and a family secret exposed there is no end to the questions I hope will be answered in Season 3. I can hardly wait for it to be released. 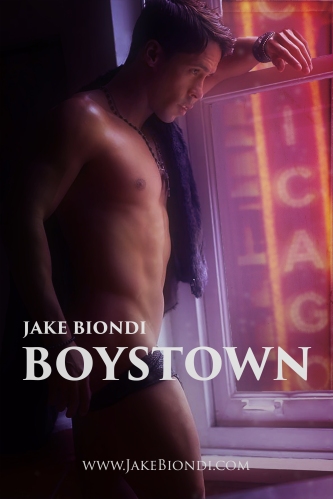