This book was provided free of charge for an honest review by the publisher. 😉

Why I read this book: I read the original version of this book and wanted to read the updated book. 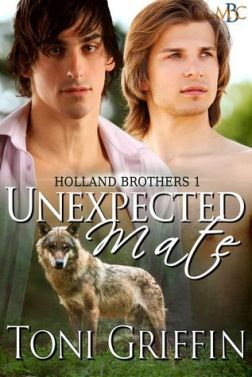 Brian Townsend was having one hell of a week.

Rejected by his parents, kicked out of his pack and now his car breaks down on his way south. What else could go wrong? He soon finds out when the police rock up, and the sexy cop turns out to be his mate. What he didn’t expect was his mate to walk away from him, without so much as a backward glance.

Marcus Holland was having one hell of a week. Breaking up with his girlfriend, and then copping an earful from his mother about settling down and having kids. All he wanted was to go home and relax. Little did he know one last call-out on his way home would change his life for ever.

Can Marcus come to terms with the fact his mate is a man or will he risk losing Brian forever. However, not everyone in the pack is entirely happy with this mating.

NOTE: UM has been re-edited, and expanded by over 17 K. 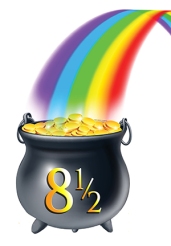 This is a re-read for me as I had only read the first addition, I would advise anyone who enjoyed the book the first time around to read the newer version. The new version is a much better read, a lot smoother with more content.

Brian is having the week from hell, disowned by his parents, thrown out of the pack, all for being gay. He then breaks down near a small town, meets his mate who freaks out then walks away….

Marcus has a neurotic ex girl friend, 3 very gay brothers; he thinks he is straight till he meets his mate. Whoops a male mate.

I felt heartily sorry for Brian, not only did he have homophobic parents, he also has a runaway mate. I did want to kick Marcus’s ass a few times while reading this. I did understand his reluctance but a mate is special.

I really enjoyed this book, the sex is red hot and I get my favourite ‘Knotting’. Toni Griffin tells a great story, I do like the way she explains pack dynamics. My only negative thought is Brian did give in too easy.

Toni Griffin lives in Darwin, the smallest of Australia’s capital cities. Born and raised in the state she’s a Territorian through and through. Growing up Toni hated English with a passion (as her editors can probably attest to) and found her strength lies with numbers.