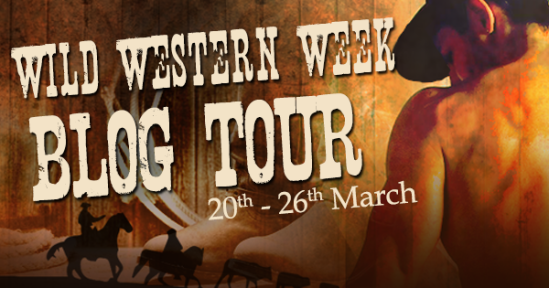 Hello. I’m T.A. Chase and I’m here to talk about my Home series, which features some sexy cowboys among others.

The idea for No Going Home actually came to me first. I had a thought about a man who had suffered a head injury, but he wasn’t a cowboy. He rode jumpers and had been injured during a show.

Les moved out to Wyoming to start over. He couldn’t risk another injury, so his show days were over, but he thought he’d try his hand at other endeavors. It’s during one of his rescue missions that he meets Randy, who is a cowboy.

Randy has come home, knowing he’s not welcomed, but he doesn’t have anywhere to go and he needs to recover from another injury suffered on the rodeo circuit. He doesn’t make a good first impression on Les, yet manages to overcome that to take a chance on having a relationship with him.

One thing that is great in writing about cowboys is that they are so confident about their abilities and who they are. For the most part, a cowboy knows where he belongs…out working cattle, riding horses. It’s a world where he has to be strong—physically and mentally. His world doesn’t deal kindly with mistakes. There are too many dangers while working with cattle and horses that could result in death or serious injury. He must be sure of himself at all times.

Yet in writing them, I can make them vulnerable in other parts of their lives. Falling in love can make a strong man do weird things or weak in a good way. It’s always fun to see how a tough guy deals with all those emotions.

My entire Home series deals with strong men brought to their knees by love. I thought I’d share an excerpt from No Going Home, book one of the Home series.

Thank you for having me here and I hope you check my cowboys out. 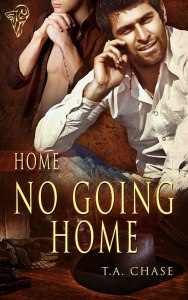 Blurb for No Going Home:

This is book one in the Home series, see the full series listing here

Six years ago, a hoof to the head ended Leslie Hardin’s showjumping career and his relationship with the man he loved. Broken, hurt and rejected, Les has focused his energies on rebuilding his life.

Les’ accident has shown him that the most valuable treasures are usually found under an imperfect surface, and his reputation for taking in strays starts to grow. But it’s one of these strays in particular, injured rodeo cowboy Randy Hersch, who captures more than just his compassion.

Between his disapproving father and his chosen career path, Randy has always felt the need to deny his passion. When Les takes him under his wing, Randy begins to realise that he is truly strong enough to admit his true self—to himself and to the rest of the world. But in the arms of a broken man, can he find acceptance…and love?

Reader Advisory: This book is best read in sequence as part of a series.

Publisher’s Note: This book was previously released by another publisher. It has been revised and re-edited for release with Totally Bound Publishing.

Excerpt from No Going Home:

“Shut the door,” Jackson yelled as a large, grey horse raced towards them.

Les jerked the barn door shut and Randy reached out. He grabbed the lead rope flapping in the air as the stallion ran past him. He planted his feet and threw his weight back. The grey’s head shot around when its headlong flight was arrested. Its wild eyes rolled as it reared and lunged.

He felt his ribs protest the rough treatment.

Jackson and another man headed towards them. The stallion tossed his head and snorted.

Les waved them away. “Let Randy take care of him.”

Randy ignored the other men and focused his attention on the horse. He murmured, making sure the horse had to work to hear him. The grey’s ears twitched as he tried to keep an eye on the other men while making sure Randy didn’t get close to him.

“Oh, you’re a beauty. Look at you. Big and tough. We’re all scared of you.” He held the end of the lead with a tight grip, but he made sure there wasn’t any tension on the rope so the stallion didn’t feel restrained. When the horse was relatively calm, he said, “Les, where do you want him?”

“Come back towards my voice. I’ll guide you to the stall.” Les’ voice came from behind him.

He stepped deeper into the barn. The grey threw up its head but didn’t bolt as there wasn’t any pressure. Step by step, Randy moved the stallion down the aisle. It was slow business but soon he heard Les say, “It’s to your left.”

He turned his head a bit and caught sight of the open door. The process began again until he managed to get the stallion inside. With easy movements, he unhooked the halter and lead rope. He slid out and shut the door.

Like the sound of the Home series? Check it out here.

There is beauty in every kind of love, so why not live a life without boundaries? Experiencing everything the world offers fascinates TA and writing about the things that make each of us unique is how she shares those insights. When not writing, TA’s watching movies, reading and living life to the fullest.

Enter Totally Bound’s competition for the chance to win three cowboys and western titles of your choice by entering our prize draw.

I would like to give a big Thank You to Totally Bound for letting us take place in their Wild West Blog Tour.

Totally Bound are running two blog tours in conjunction with their Wild Western week promotion, one MF/MFM and one MM. Visit their facebook page to find out more about the blog tour stops, discounts and deals on offer!

One thought on “‘No Going Home’ by @TaChase #WildWesternBlogTour #Giveaway”