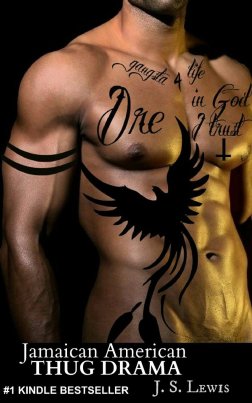 A Tale of Forbidden love. . .
A young Jamaican (Jevaughn Wilson), risks everything after falling deeply in love with his neighbour, Dre, (Andre Malcolm), a straight, Jamaican- American thug, whom he ultimately turns bisexual. Dre was the nephew of a malevolent HOMOPHOBIC Jamaican Don, who would have Jevaughn burnt alive if he ever found out. . .Without considering the dangers and with flaming passions and scorching desires; Dre and Jevaughn embarks on an endearing, passionate affair, that was bound to cause severe complications.

Jevaughn is 19 years old. He hasn’t had an easy life at home or in a society that doesn’t accept homosexuality. He is extremely attracted his neighbor Dre, the problem is Dre is straight.

Dre is a sexy 23-year-old. He is currently in a complicated relationship with his live in girlfriend. He is protective but also has a violent streak.

When Jevaughn intervenes a situation that saves Dre from the police they form a friendship. Eventually the friendship turns to something more intimate.

Dre’s uncle, Biggs, is a Jamaican Don, he is a ruthless man and a complete homophobe. Biggs knows Dre has never had or wanted a relationship with a man until he met Jevaughn. Therefore he blames Jevaughn for turning his nephew bisexual and will go to any lengths to get him out of Dre’s life.

Will Jevaughn and Dre make it through everything that is thrown at them and get their happy ending or will the homophobic society they live in come between them?

The Jamacian American Thug Drama has a darker storyline that keeps you engrossed from beginning to end. The author was able to create vividly detailed scenes that portray love, lust, hate, jealousy, violence, cheating, homophobia and more. The characters are well-developed and realistic. I look forward to seeing where the author takes us in the rest of the series.

If you enjoy dark romance books then I recommend reading the Jamaican American Thug Drama by J.S. Lewis.

J. S. Lewis’s life dramatically changed in 2007, in his last year in high school. At the age of 17 years old, he was targeted by thugs to be gay bashed and chased away from high school after rumours spiralled that he was not only Gay but was infatuated by one of the thugs in his class. This ‘dark’ period triggered events that would mould and change his life forever and inspired him to write his groundbreaking Novel ‘Jamaican American Thug Drama.’
“I began writing Jamaican American Thug Drama back in 2010, three years after I was almost Gay bashed and it was inspired by that very dark period in my life, one that has forever changed my life but one that I am very grateful for because I survived it and it led me to my true-self.
When the story was completed and I saw how it had emotionally impacted readers online, I said to myself “Oh my god, do I have any idea what I created?” I felt years of immense pain, deep distress and emotional and psychological trauma loosening their grip on me. I was haunted by these demons for years but through writing, I was finally liberated, I was freed, I experienced a period of what I called rebirth. I felt like a butterfly leaving the casket of its cocoon and if there had been any doubts in my mind- prior- they were all gone now and I knew right then and there that this was my calling- writing. A gift as old as time itself and I was one of many who were divinely blessed with it.
The events that scarred me actually led me to my true gift and I promised myself to always use this gift not only for myself, but for anyone whom it may be able to help inspire, motivate, mentor, heal, empower, liberate, uplift and share with humanity the magic of writing from the soul, pouring forth light, love, beauty and divine ecstasy. This is what I believe with all my heart.”