Hi, my name is Kathryn Sparrow. I’m the author of Alpha Coder. Thanks to Rainbow Gold Reviews for hosting me today.

Computers are everywhere. They’re in your phone, your DVR, and your car. Computers allow these devices to do things that can’t be done any other way giving us more capabilities at our fingertips.

But, there’s a downside. Computers, and the software that runs them, can be hacked.

Periodically we hear about some of these hacks on TV: Viruses that have shut down corporations and people who’ve had their identity stolen.

Software manufacturers are regularly sending out updates with patches as vulnerabilities are found.

I never really understood the mentality of the hacker that exploits these vulnerabilities. These people often

have great skill that they are using to cause chaos. I can only imagine how much better the world would be if they used there “powers” for good. Unfortunately these people choose to be malicious and will continue to find ways to hack into computers because it’s very difficult, if not impossible to make software perfect and completely secure.

In Alpha Coder, I show several software savvy people, some of whom have hacking skill. Of those who hack some use that ability for good and some have more nefarious purposes.

I’m going to include a spoiler ahead for one of the plot points. Read on at your own risk.

In the story, Thomas, a member of Liam’s pack, starts investigating the car accident that killed Liam’s older brother, Jason. Specifically Thomas is looking to see if the accident wasn’t really an accident. Cody learns of the investigation and eventually involves Liam.

They suspect someone hacked the software in Jason’s car and they are looking for evidence of the tampering.

People asked me if it really is possible to hack the software in a car.

Unfortunately, it’s just software, so the answer is yes.

In fact, it’s been done. Here are articles in Wired and Computer World documenting cars being hacked. Control is taken from the driver.

Software allows us to do so many useful things, from voice recognition on our smart phones to digital mammograms to online banking and on and on. It’s software that allows devices to be configurable in so many combinations. Unfortunately, some hackers exploit this. I think the benefits of software and computers outweigh the risks. 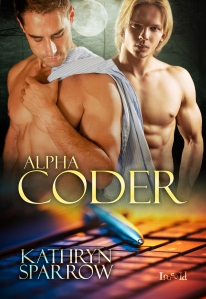 As the second son, Liam Reed never expected to be a werewolf Alpha. He preferred to develop software for Soft Corp, but when his brother Jason died in a car accident, their father forced Liam to assume leadership of the pack. Liam plans to govern with compassion, instead of ruling through fear, but pack member Bradley Karr undermines Liam’s leadership, biding his time before challenging for Alpha. Tired of pack politics, all Liam wants is to program and find his mate, but he fears that neither is in his future.When his mate, werewolf Cody Jones, starts working at Soft Corp as Liam’s intern, sparks fly. However, a relationship with Cody could get them both fired for fraternization. And, that’s not the worst problem. Cody doesn’t seem to accept Liam as his mate.Liam’s only chance at happiness is to win Cody over while keeping their relationship a secret. But really, Cody would never stay with an introverted geek like him, an ineffectual Alpha failing to live up to his brother’s legacy. Would he?

In a lull in the congratulations, Cody went and found Thomas. He spoke quietly, more than aware of the wolves nearby. “I overheard your conversation with Bradley. Is it true?”

Thomas’s brows rose, but a scent of nervousness, like mustard, rolled off him. “I’m sorry?”

Cody crossed his arms over his chest. “Did Bradley have the old alpha, Liam’s brother, killed?”

Thomas took a moment sizing Cody up. “You’re his mate, aren’t you?”

Thomas nodded. “I believe Bradley arranged for the car accident that killed Jason.”

“Have you told Liam?”

“Not yet. I need proof. All I have is some of the activity logs from the car. Jason never stepped on the brake. The entire time, the car accelerated, even when it turned off the road toward the concrete barrier.”

“Are you saying he made a mistake? Or that he killed himself?” Cody hoped Liam didn’t know any of this. Either possibility would be devastating.

“There is no way Jason killed himself, much less his family.” Thomas’s cheeks glowed like he’d had too much sun. “I might have hacked into his personal records to verify he had no history of mental illness or suicidal tendencies.” His voice was quiet and embarrassed.

“Hacked into his records?” Cody wasn’t sure whether to be impressed or shocked.

Thomas hung his head. “It was for a good cause. As for a mistake, Jason was an alpha wolf with amazing reflexes. There should have been some evidence of him trying to react.”

True: a jerk on the wheel or a tap on the brake. “Why do you think Bradley had something to do with it?”

“Jason was driving home from a dinner at Brad’s home. His groupie, Leroy, is a software engineer. He’s worked for several car companies. He could definitely have hacked into the car’s computer system.”

Cody looked left and right to make sure no one had come up on them. “Why not bring this to Liam?”

“I needed proof. I only recently managed to get the police report and any data from the car, but I couldn’t get it all. The rest had been downloaded to backup storage offline, so I couldn’t access it.”

“Wouldn’t they give you a copy of the offline data?”

“Give? Uh, they didn’t give me any of it. I hacked the police database.”

After a moment, Cody closed his jaw.

Thomas’s face flushed. “I promise. I only use my powers for good and not for evil.”

“You’ve got some skills. I’m glad you’re on our side.”

Thomas smiled. “The car company said it was driver error. I just know there’s something in those logs that will prove the car was tampered with.”

Thomas breathed out a slow sigh. “I’m glad. It’ll be easier to do this as a team. Just don’t let Liam think you’re spending too much time with me. He didn’t like the way I looked at you.”

“Liam has nothing to worry about. The mating bond never lies.”

Liam Reed is a top developer at Soft Corp. He has always been happy working away from his pack. But when his brother, the Alpha of the pack dies it leaves Liam being the next one in line to step up. Liam prefers to be in the shadows, not front and center so this new role takes some adjusting. Not everyone in the pack is on board with the new way Liam wants to run things. One wolf in general keeps pushing him but Liam is determined to remain calm and civilized until Bradley actually challenges him for Alpha. Between the stress of being the Alpha and the fact he still hasn’t found his mate Liam isn’t sure he will ever find happiness.

This all changes when Cody Jones, the new intern for Soft Corp walks in. The chemistry between the two wolves is overwhelming. There is no doubt that they are mates. Unfortunately it’s not smooth sailing for them. Both Liam and Cody have always been involved with the opposite sex so this new development is hard to wrap their heads around. Cody is only twenty and not sure he is ready to settle down and have the stress and responsibility of being the Alpha’s mate. On top of that, there is a no fraternizing policy at work which makes it difficult to work together without showing some kind of sign they are together.

Can Liam and Cody get through all the obstacles that are thrown at them? Can they each overcome the insecurities and doubts they have to obtain the life they are destined live?

Alpha Coder was a great shifter book. I really enjoyed reading about both of these sweet werewolves and their journey to achieve happiness. The plot was original. Reading about an Alpha wolf that is more of the quiet type, who wants to find peaceful ways of dealing with problems in the pack was refreshing. The story flows great. The characters and scenes are well-developed and realistic. The author doesn’t end the book with a cliffhanger but definitely leaves you wanting to see how their lives continue on.

No matter if the next book in the series is a continuation of Liam and Cody’s story or about totally different characters I am looking forward to reading it when it’s released.

If you are looking for a sweet MM shifter book then I recommend reading Alpha Coder by Kathryn Sparrow. 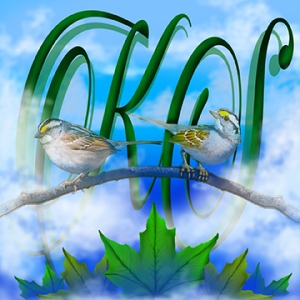 Kathryn Sparrow has had stories spinning around in her head her whole life and finally decided it was time to write them down. For twenty years, she worked in the Software Industry as a Software Quality Engineer, so she gets a particular thrill including geeks in her stories. Now, she is a stay-home mom although she thinks that’s a terrible name for the job since she spends so much time driving her kids to their various activities. She lives in Massachusetts with her geek husband and adorable, infuriating daughters, who are too smart for their Mommy’s own good. If she had spare time she would spend it knitting, crocheting, cross stitching, and doing any other handicrafts that caught her fancy. 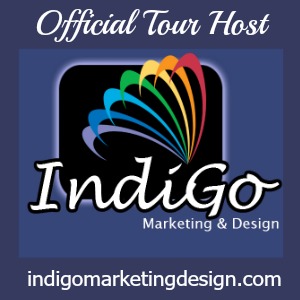 I would like to give a big Thank You to Kathryn Sparrow and Indigo for letting us take place in this Blog Tour.