Welcome to the gayborhood! In the cozy town of Heartsville, the streets are lined with trees, the shops are full of friendly faces, and happily ever after is just around the corner. Come get to know the boys next door—naughty, nice, and everything in between.

Name of Series: Heartsville – These books can be read out of order, and each book can be read as a standalone. However, note that more enjoyment may come from reading them together because of cameo appearances and shared locations. J

Hello everyone, welcome to the gayborhood. I’m here to chat a little about Clique—the fourth story released this week in the Heartsville series. Be sure to look for the other books by Piper Vaughn, Nico Jaye, J.H. Knight, and Cate Ashwood. And don’t forget to enter the giveaway!

In my story Clique, Adam is a successful photographer who is steadily becoming overwhelmed by his workload and the ever growing editing queue. This is absolutely an instance of “write what you know.” I’m a photographer, and at present, I have well over 10K personal images that have yet to be reviewed, sorted and processed for editing. I’ve given this much thought, and I’ve decided that for me, it’s a matter of being spoiled for choice. There are so darn many ways to edit an image, an endless selection of wonderful textures, brushes and effects—and I just can’t seem to make up my mind and commit. I’ll randomly revisit images and edit them, only to come back weeks later and edit them again. The results are always a reflection of my mood and will be vastly different from the previous edit.

Adam isn’t me, he knows what he wants with his photography. He’s determined to see his vision revealed in the end product and he refuses to accept anything less than the best from himself. It was refreshing for me to look at Adam and experience his excitement and drive to capture a moment. It allowed me to look back and remember, with fondness, the person who gifted me that first SLR camera. It forced me to recall the magic of discovering what it means to capture light.

I live in a picturesque area very similar to Heartsville, and we’re at the height of intense fall colors. I imagine Adam wandering the Pumpkin Fest with his Canon in hand while reminiscing about the person who ignited his passion for photography. I’d tell you more, but Adam tells it way better. Check out Clique for his story and watch him capture his own picture-perfect moments with Brandon. 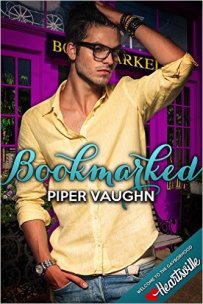 To save his bookstore from closing, Mark Werner realizes it’s going to take a miracle—like getting reclusive, best-selling author Shepherd Knight to agree to appear for a signing.

After their disastrous last encounter, Mark doesn’t hold up much hope Shepherd will agree. Shepherd’s never made a single public appearance. In fact, Mark wouldn’t even know what he looks like had he not accidentally discovered the sexy stranger he’d been flirting with for months, aka “Tall-Dark-and-Grumpy,” was also his fanboy obsession.

But desperate times call for desperate measures. If Mark can convince Shepherd, it’ll be a major coup in the book world and might just save Bookmarked from sinking. Too bad Shepherd won’t reply to his e-mails. Yet Mark didn’t earn the reputation of having a “sunshine-and-rainbow-fart” personality for nothing. He’ll do whatever it takes to get his man… and hopefully not make a fool of himself in the process. 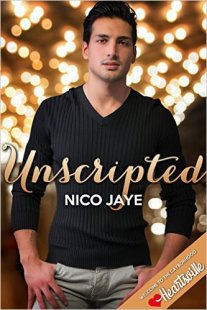 Theater manager Teddy Carbone’s life has gone pretty much according to script… until now.

To his surprise, Teddy finds himself co-owner of the Oasis Theater with Carter Monroe, a corporate shark who’s looking at him like he’s chum in the water. Being in charge of the theater is one thing, but having to deal with Carter and his demands is another. With Carter’s proposed plan to sell the Oasis looming, Teddy must convince Carter the theater is worth saving. When Teddy introduces the bright, bold world of the stage to Carter’s cold, all-business lifestyle, though, he soon comes to recognize that the Oasis might not be the only thing he has a chance to save. 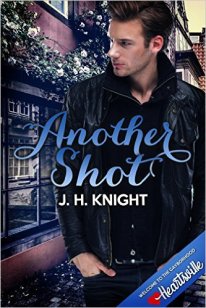 The town of Heartsville means something different to everyone who lives there. For Aaron Forester, it’s a gay-friendly buffer between himself and the rest of the world. After being outed in high school and bullied to the point of violence, his family uprooted their lives and relocated to the small hamlet. He’s moved on from all that and now owns a popular café in the bustling shopping district. But after twenty years of happy living, Aaron’s past creeps up on him in the most unexpected way.

Brad Collins only has one regret and he’s carried it with him since he was a teenager. When he moves to Heartsville and gets set up on a blind date with the most adorable, engaging man he’s met in a long time, he couldn’t be happier. But Brad didn’t expect the guy to be the person he outed in high school—who he’s now falling in love with.

Aaron and Brad hit it off instantly—in and out of the bedroom. But after a long overdue apology and a small serving of resentment, is their fledgling relationship worth another shot? 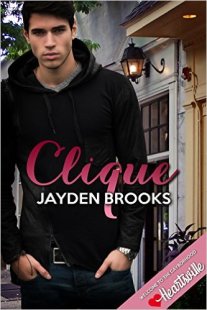 Adam Locke’s youthful looks aren’t the blessing everyone seems to think. At twenty-eight, he’s a successful photographer with his own studio and respected by his peers—but that doesn’t seem to matter to the men who catch his eye. Instead, he’s brushed aside like an underage twink with a daddy fetish.

When a hot, bearded stranger stops him from accidentally walking into traffic, Adam looks up and finds the man of his dreams. Unfortunately, his first meeting with Brandon ends with him being dismissed as a kid. Again. Adam can’t help his annoyance. He also can’t help staring (and drooling) whenever he spots Brandon walking through the neighborhood with a different dog.

He watches from afar, wondering about Brandon’s story—until the day he’s dared to take another chance. It’s just the push Adam needs, and finally, he catches Brandon’s interest. Now if only he could figure out the key to getting taciturn Brandon to open up and let Adam in. But Adam knows sometimes all it takes is a little patience for the last piece to click into place. 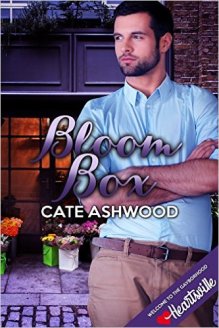 If there’s one thing William Sullivan knows less about than how to run a business, it’s flowers. When Will is left carrying responsibility for the flower shop he’d leased for his cheating ex-boyfriend, he is sure it will lead him into financial ruin.

Just when he’s about to abandon all hope, in walks Milo Hart—young, overflowing with energy, and perhaps best of all, a genius when it comes to flowers. Will hires him on the spot and they begin a working partnership that might be Will’s only saving grace. The more time they spend together, the more Will’s feelings for Milo evolve and Will must choose between keeping things strictly business, or taking a chance to let love bloom.

There will be a giveaway across blog visits. One winner will be chosen to receive five ebooks (one backlist title from each of Piper Vaughn, Nico Jaye, J.H. Knight, Jayden Brooks, and Cate Ashwood), plus a $25 gift certificate (Amazon, B&N, or All Romance eBooks—winner’s choice). This giveaway is open worldwide where permitted by law.

The giveaway will run until November 4th.