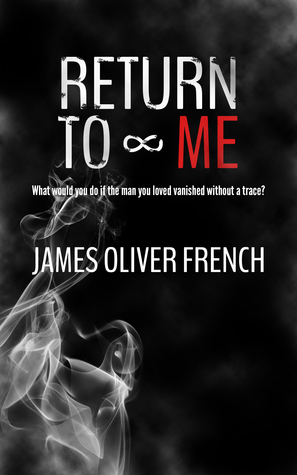 What would you do if the man you loved vanished without a trace?

Kyle and Todd meet at a party in their freshman year at college. They fall in lust at first sight, then deep in love. In spite of Kyle’s melancholy past, their future together looks bright. Then Kyle disappears, leaving Todd heartbroken and alone, and their dreams in ruins. Fifteen years later, Todd is a successful but lonely psychiatrist. He still hasn’t come to terms with the loss of his first love. When a dangerous amnesiac arrives at the hospital, Todd is forced to confront the past, and is driven to find answers to the questions that have haunted him all these years.

A free copy of this book was provided in exchange for an honest review.

Why I read this book:  I love a good amnesia story, and despite the ambiguousness of a Happy Ever After, I decided to just go for it.

I knew going in that this story didn’t end on what one considers an HEA. And it wasn’t a traditional HEA, but bittersweet with the promise of one later one. I loved Kyle and Todd; they were such an adorable and loving couple, both just starting out their lives (college, virgins, life).  This story isn’t for the faint of heart and I don’t recommend reading this in public as for one, you will not want to put it down so stopping for chitchat won’t do, and two, being seen throwing your e-reader might draw you too much attention.

As I said, I knew this story wasn’t going to end the way I wanted, but I couldn’t stop myself from wishing and hoping anyway.  Life isn’t fair, it really isn’t, and this book just cements that fact.  There are not nice people in this world and they often fuck it up with their negativity and small minds, and their fear.  I can’t say I understood why events took place the way they did, and had it not been for certain life choices made on everybody’s part, perhaps Kyle’s life would have continued on, none the wiser as to what may have happened.

But Todd and Kyle are torn apart, and the police are not willing nor interested in looking for Kyle when he disappears.  I do have a problem with how Todd handles Kyle’s disappearance, it just didn’t feel realistic to me.  It felt as though he gave up too soon and easily on the man he loved.  He didn’t put out flyers or talk to neighbors or schoolmates.  He just believed that Kyle took off on his own, I didn’t understand that and wanted to hit him over the head to wake him up!

15 years later, Todd is a head shrink and treats his patients as well as pro bono work at a local facility. This is where he sees Kyle again who is transferred as a new patient.  Todd recognizes Kyle and can’t believe it’s him.  After suffering from an attack years ago and not getting proper treatment after, Kyle’s memories are gone.  He can barley function and can’t recall even events that took place moments before.  He’s been labeled violent and nobody took the time to actually look into his case.  Except for Todd of course.  I found it so sad that Kyle had been treated the way he was all those years ago. It’s hard to believe he wasn’t given priority care simply because the hospital didn’t think he had insurance. His wallet was taken!!  He had no ID, don’t hospitals get those kinds of situations all the time?  But what’s done is done and Todd can only work with what he has now and he hires a PI (something he should have done 15 years before, but whatev) to look into Kyle’s history. And he finds A LOT. So many questions are answered.  It’s unbelievable the stuff he found even after 15 years.  Todd does his best to treat Kyle and work to get his memory back.

There is so much that took place in this book that was hard to believe; so many things had to happen for the events to turn out the way they did.  And frankly, I saw most of what was going to happen a mile away; and I am not even talking about Kyle going missing (knew that from blurb), but the rest I predicted right when some stuff was introduced.  And while that’s not a bad thing exactly, I wish some of the events in this book had been different or more unique.  Foreshadowing and all that I get, but don’t give it away!

I love a good angst story and this has that for sure.  I think Todd will have a good life, but I also think Todd will never be the full man he was meant to be if Kyle hadn’t disappeared.  This is a bittersweet ending, have some tissues ready!

James grew up in South Africa and immigrated to Christchurch in Aotearoa several years ago, where he lives with his wonderful partner. He has been a writer since his early teens, and has written numerous screenplays and short stories for his own enjoyment. His professional career began with working in IT and he has since moved into healthcare. When he isn’t hard at work writing, he’ll either be seeking inner Zen at a Body Balance class or trying to satisfy his insatiable appetite for good film and television.