Wendy reviews Not a Game by Cardeno C. Narrated by Michael Ferraiuolo. 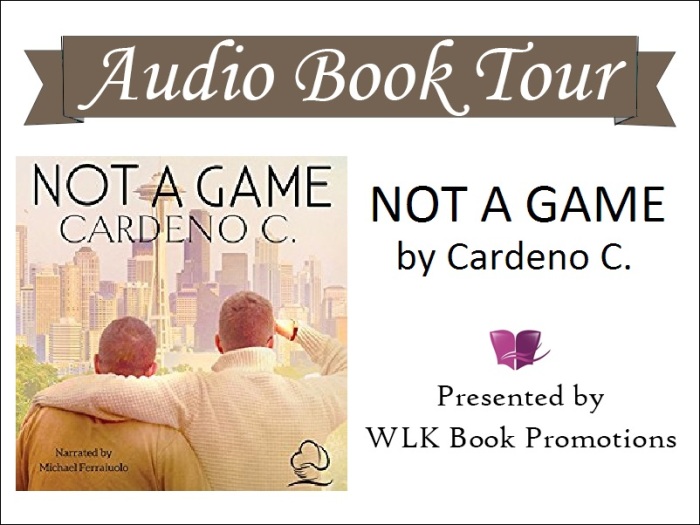 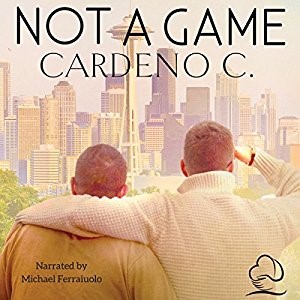 A new job, a new city, and hopefully a new life. When chubby gamer Oliver Barnaby receives a job offer from the best boutique game developer in the country, he leaves his family and his less than spectacular existence in Oklahoma without a second’s hesitation. Determined to change more than his career and his geography, Oliver implements a plan to finally land a boyfriend. Step one is improving his skills in the bedroom.

Attractive, successful, charismatic Jaime Snow has a life other people envy. His already booming business is growing. He isn’t lacking friends. And he has no trouble finding a date. But there’s an emptiness in Jaime’s heart and a hole in his life that only the right man can fill.

When Oliver and Jaime end up at the same bar at the same time, they each see something they want in the other. Going to bed together that first night is easy. Building the lifetime relationship they both desperately crave will require trust, time, and a little understanding.

We were given a complimentary copy of this audiobook in exchange for an honest review.

I read the e-book of Not a Game, so I was eager to hear the audio version. You can read my review of the e-book here.

This is the first time I’ve listened to Michael Ferrauiolo and I have to say… I’m totally hooked on him! He completely got Oliver. He got him from the early in the story Oliver who was timid, has trouble talking and being social to the more confident version that Oliver grew into. It was amazing to be able to hear that progression in an audiobook. He even captured Oliver’s ticks and compulsions, just with his voice. I’m so impressed!

Michael’s version of Jaime exudes confidence, charisma and his own uncertainties in being able to do what he needed to in order to capture Oliver’s heart. He was able to get all the different facets of this character. And when he narrated the sex scenes (that Cardeno writes so well), I think I melted.

His narration of the secondary characters was wonderful. I don’t know when I’ve listened to a narrator that was able to absolutely NAIL every single one of them.

Enter to win an audio copy of Not a Game by Cardeno C !! 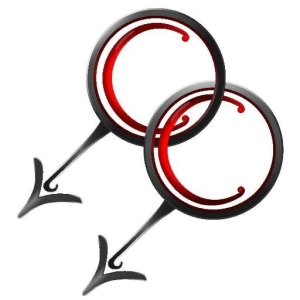 Cardeno C. – CC to friends – is a hopeless romantic who wants to add a lot of happiness and a few “awwws” into a reader’s day. Writing is a nice break from real life as a corporate type and volunteer work with gay rights organizations. Cardeno’s stories range from sweet to intense, contemporary to paranormal, long to short, but they always include strong relationships and walks into the happily-ever- after sunset.

Cardeno’s Home, Family, and Mates series have received awards from Love Romances and More Golden Roses, Rainbow Awards, the Goodreads M/M Romance Group, and various reviewers. But even more special to CC are heartfelt reactions from readers, like, “You bring joy and love and make it part of the every day.”