Star football player, Jack Miller, had it all. The perfect family, looks, girls hanging on his every word, and the respect of most people in his town. But one thing was missing–a man to be his own.

When Andrew Collins showed up in small town, conservative Sweet, Georgia, he looked more scrawny mutt than high school senior. Andrew’s plan was to keep his head down and graduate high school, leaving his family behind to start his real life.

When he meets Andrew, Jack thinks he’s found heaven, but reality holds him in check until one night when his lips gently slide across Andrew’s and fireworks go off.

As lust and something a little deeper brings them together, compelling them to take chances, people start to notice. Then the unthinkable happens, and Jack’s parents find out he likes guys. The battle lines are drawn and they vow to pray the gay away.

Don’t miss out, read all four books in the series.
Book 1 Pray The Gay Away
Book 2 Sending Jack Off To Jesus
Book 3 My Big Fat Southern Gay Wedding
Book 4 Billy

This weeks theme is Re-review. I have always enjoyed this author and literally just searched to see if anyone had previously reviewed this book. I was happy to find it in our past reviews AND, it has been a couple of years since it was written. Definitely time to revisit this book!

This book was originally reviewed by Dana Piazzi on March 31, 2014. You can read her review here

This was one of the first MM books that I ever read. I still come back to it for a re-read every couple of months and end up reading the entire series in one go.

I loved both of the MC’s so much, yet for completely different reasons. Jack was such a strong character and I admired him for his devotion to his family. Especially his little brother Billy. Jack was so frightened for him. He saw a beautiful soul but knew that his father would see something entirely different. He did everything he could to make life easier for everyone else and tried so hard to be the son that his father wanted him to be. It broke my heart that he couldn’t openly be who he was. That he shouldered so much responsibility while struggling to match the things he was taught with the things he felt with the way he saw his own father acting. Again, I will say that he was an incredibly strong character because it must be incredibly hard to be a young gay man in a fanatically religious family. I was both excited and afraid when he met Andrew. I loved that he fell so deeply for this boy, yet feared that they would be discovered.

Andrew’s character brought out the mama bear in me. I wanted to take him home, love him and feed him. I still find it hard to believe that parents can treat their children like this and get away with it in the name of religion. As horribly as Andrew is treated, he still is able to hang on. Only waiting until he’s old enough to set out on his own, fearing his parents and barely surviving doesn’t deter him from having hope. He is an innocent character and his parents have made him feel like he deserves to be treated poorly. Only meeting Jack brings about his faith that he’s good enough just the way he is.

I love that Sara York has brought attention to the deplorable things some parents put their children through in the name of religion through her stories in this series. She has been a champion of the LGBT community since way before I found her and I applaud the way she’s not afraid to bring an ugly subject to light the way she does with this book. 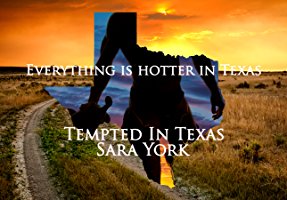 Writing is Sara York’s life. The stories fight to get out, often leaving her working on four or five books at once. She can’t help but write. Along with her writing addiction she has a coffee addiction. Some nights, the only reason she stops writing and goes to sleep is for the fresh brewed coffee in the morning. Sara enjoys writing twisted tales of passion, anger, and love with a good healthy dose of lust thrown in for fun.