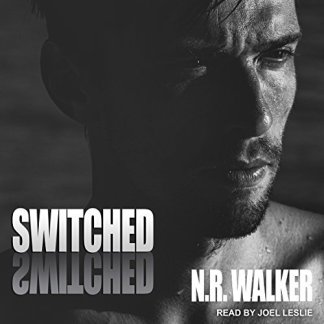 Israel Ingham’s life has never been easy. He grew up in a house devoid of love and warmth. Nothing he ever did was good enough. The fact Israel is gay just added to the long list of his father’s disappointments.
Then a letter from Eastport Children’s Hospital changes everything.
A discovery is made, one of gross human error. Twenty-six years ago two baby boys were switched at birth and sent home with the wrong families.
Sam, Israel’s best friend, has been his only source of love and support. With Sam beside him every step of the way, Israel decides to meet his birth mother and her son, the man who lived the life Israel should have.
Israel and Sam become closer than ever, amidst the tumultuous emotions of meeting his birth family, and Sam finds himself questioning his feelings toward his best friend. As Israel embraces new possibilities, he needs to dissect his painful relationship with his parents in order to salvage what’s left.
Because sometimes it takes proof you’re not actually family to become one.

It took me a while to pick up this book by N.R. Walker. For the life of me, I don’t know why. I love the author’s writing and always fall in love with her characters. I’m a fan of the switched at birth trope, not that there are a lot of books featuring that. I also love the narrator, Joel Leslie. He is great at creating voices. So despite owning the ebook and having Switched on my audio wishlist, I didn’t pick it up until I was offered a copy to review.

There is something subtly amazing about the author’s writing. It probably sounds strange but every time I read a book by this author I find myself surprised at how much I love it. Like I never expect them to be as good as they are. Maybe because there isn’t really a lot of other things going on outside of the characters relationship and their semi-normal lives. For the most part, there aren’t secondary plots with action or danger. Her books are just very sweet romances with so much heart that you can’t help but be drawn in and fall in love with the characters.

Israel has a close knit set of friends. I have to mention that I love their nickname for him because his initials, I.I. sound like aye, aye. He is called captain. It is brought up so often in the book and I thought it was cute, especially their singing of the Spongebob theme song. His good-natured acceptance of it doesn’t make the joke get old as the story goes on. Israel’s very best friend is Sam. And while he plays a big part in Israel’s life this book is mostly about Israel.

Israel has never quite felt like he fit in his life. Raised by distant parents and nannies he hasn’t felt welcome in his family especially after he came out as gay. It feels real easy to dislike his parents throughout most of this book. There is so much lack of communication between them, that it takes learning about a mistake the hospital made in switching babies for them to ever really talk. Even then, they skirt around real feelings until Israel can’t take it anymore and forces the issues of how they treated him his whole life. Family secrets are revealed and hearts are opened but there is much healing for them. Oh, the feelings!

Isreael’s friendship with Sam is tested throughout this book, also. He wants so much to lean on his friend but worries about becoming a nuisance. And has fears of rejection or losing his friendship. The truth is that he has had more than friend feelings. So does Sam. I usually feel frustrated when two friends keep pushing back their feelings instead of admitting things to each other. I do understand the worry about wrecking the friendship but still I am usually frustrated. Usually. I wasn’t in this book at all. There was so much that Israel needed to go through and work out, I felt, before he could really be ready for it. And when they finally do get together, my heart sighed and sang. The author is really good at bringing out the emotions of the characters and allowing the reader to feel them.

I mentioned that the story is really about Israel and a lot about his parents treatment of him. I do need to mention how great the other characters are. First, Sam. He is a great character. He was raised with wealth but he is humble. He is a very likable guy whose family just happens to have money. Sam’s family is just like him and are more like a family to Israel than his own in the beginning. Israel’s birth mom and the (now) man he was switched with are great. Donna is the reason that Israel explored the feelings he had for Sam and Nick becomes a brother figure. There are other brothers and sisters from that family too that become Israel’s family.

The end of this story was great with all these important people really coming together around Israel and Sam. There is a lot of healing for Sam and for the parents that raised him, the family he lost, and the family he made. My heart was extremely warmed by all the different types of love. I must remind myself in the future not to hold off on reading or listening to this author’s books. I love being surprised over and over again by the depth of emotion in her writing.

She is many things; a mother, a wife, a sister, a writer. She has pretty, pretty boys who she gives them life with words.

She likes it when they do dirty, dirty things…but likes it even more when they fall in love. She used to think having people in her head talking to her was weird, until one day she happened across other writers who told her it was normal.