Erryn reviews ‘Quiet Strength’ by M.A. Innes. This book was released by the author on January 5, 2018, and is 207 pgs long. The audiobook version of this story was narrated by Kenneth Obi.  It was released on May 18, 2018, and is 6 hrs and 28 mins long. A copy was provided in exchange for an honest review.

Why I read this book: I really enjoyed ‘Silent Strength’ and wanted to see where Eric and Marcus went with their burgeoning relationship.

Eric’s grown more confident. He has to admit that. With Marcus’s love and support, he’s stronger than ever, but it’s not enough. His daddy’s given him the ability to go after what he wants, but there’s so much more that feels just out of reach. Eric doesn’t want part of the lifestyle or some of the submission…he wants everything.

For Marcus, there’s nothing more beautiful than watching his boy’s confidence grow. Marcus loves every step Eric has taken on his journey, but he doesn’t want to push his boy too far, too fast. And when the only part of Marcus’s future that’s clear is Eric by his side, it’s not fair to his boy to rush things. A daddy should be able to provide for his boy. A looming retirement and a questionable future aren’t enough. Not when he wants to give his boy everything.

When it comes to their relationship, Eric is ready to jump in headfirst. But how does Eric show his daddy that everything doesn’t have to be planned out to be perfect?

At the end of ‘Silent Strength’, March and Eric were settling into their Daddy/little relationship. Marcus’ calming and dominant personality have had a profound impact on Eric, who has never been happier.  More and more, the men are immersing themselves in their roles, Marcus as the caring and nurturing Daddy, and Eric as the little boy who basks in Daddy’s praise and attention while occasionally being a bit of a brat.

‘Quiet Strength’ opens with Eric having lunch with his friend Nathan.  That young man was in ‘Flawed Perfection, and has been slowly educating himself about the world of kink, in particular, puppy play.  Personally, I would prefer pets and affections rather than diapers and colouring books.  But as I’ve said before:

Your kink is not my kink

Again, Eric’s earnestness was so touching.  It is so easy to love him.  He not only wants to please his Daddy, but he wants to make his Daddy proud.  That means opening up emotionally, being willing to let down the last of his barriers.  It also means seeking Marcus’ advice on issues – such as work – that he’s always handled himself.  He has complete autonomy when they are not ‘in scene’, but Eric finds he is happy now that he is inhabiting more and more of his “little” role.

Yes, there is a sexual component to the relationship, hence the taboo aspect, but this is nowhere near incest.  Marcus has no interest in having a boy under legal age.  In fact, Eric is all he’s ever wanted, and all he’ll ever need.  As his retirement from the police force nears, though, he is increasingly at loose ends and it is Eric who encourages Marcus to investigate alternatives.  Now, I saw the solution well before the characters did, but I enjoyed watching them navigate through their new relationship.

As in the previous book, there are diapers.  This time though, I kept thinking, ‘just pee already!’  I was so caught up in the story that I really cared about these characters.

Two more things happened.  The first was Eric taking Marcus home to meet his Aunt Sylvia.  She had dropped broad hints in the first book, so her reaction wasn’t a surprise.  Secondly, at the beginning of the first book – first scene, in fact – Marcus was seeking a carpenter to build him a particularly unique…piece of furniture.  When it arrives at the end of this book, I smiled.

See, Eric and Marcus have made it.  They’ve found their perfect partner – a man who will readily accept their kink – a partner who will love them forever.

Oh, and in case you’re wondering, Eric does have a mischievous side.  Just ask Marcus after the edging scene.

Kenneth Obi has narrated every book in the series and keeps the different voices distinct – for over 15 men.  He also does a fabulous Aunt Sylvia.

So thank you to both M.A. and Kenneth for a wonderful happily ever after for my two favourite men. 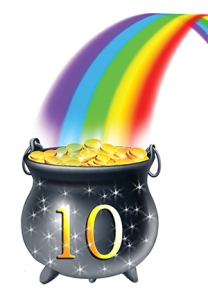