Erryn reviews Apple Boy (The Quiet Works Series, book 1) by Isobel Starling. The ebook was published on February 15, 2019 by Decent Fellows Press.  The book is 488 pages.  The audiobook was published April 24, 2019 and is 9hrs and 43mins. The audio was released by Decent Fellows Press and was narrated by Gary Furlong. A copy was provided in exchange for an honest review.

Why I read this book – sometimes I’m up for something new and a fantasy was the perfect change. 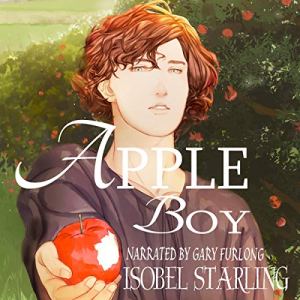 After a traumatic event, Winter Aeling finds himself destitute and penniless in the backwater town of Mallowick. He needs to travel to the city of Serein and impart grave news that will bring war to the Empire, but without a horse, money, and with not a soul willing to help him, he has no choice but to line up with the common folk seeking paid work on the harvest.

As wagons roll into the market square and farmers choose day laborers, Winter is singled out for abuse by a brute of a farmer. The only man who stands up for him is the farmer’s beguiling son, Adam, and on locking eyes with the swarthy young man Winter feels the immediate spark of attraction.

Winter soon realizes there is a reason he has been drawn to Blackdown Farm. The farmer possesses a precious item that was stolen long ago from Winter’s family, and he determines to retrieve it. He also cannot take his eyes off the farmer’s son, and as the young man opens up Winter can’t help wondering if Adam is just kind or his kind!

I have always expressed great admiration for authors who write about worlds other than the one we currently inhabit.  The level of creativity involves is, at times, staggering.  World building, when done well, can be mind-blowing.  What I love about Isobel Starling’s world in ‘Apple Boy’ is that there are so many elements of the known world and yet the fantasy aspects are so natural that they make the whole book feel like it is entirely plausible.

This books takes place in the past – a time when there were carriages, valets, and great stone castles. Not that those things don’t exist today, but they were, at one time, part of the landscape. A simpler time, if you will.  But the social structure isn’t much different than it is today – the royals, the aristocracy, the gentry and the poor.  In this world, one cannot simply rise about one’s station.  Much as today, I would say.

Winter Aeling is a man who hasn’t had a lot of luck lately. He is about to hit his twenty-first birthday and instead of a party in the court, he requested an opportunity to visit all the principalities in the land.  Endlessly curious, he wanted to see all the parts of the country that he’s heard about but never seen.  His journey to various parts of the land should have been straightforward but an unfortunate series events left him destitute and at the mercy of a nasty farmer.  Things only take a turn for the better when Winter is able to reclaim part of his birthright. He steals away in the night with the precious jewel and the farmer’s son.

Adam is an Apple Boy, both because of his lineage as a farmer’s son and because his perceived difference from the other people around the farm and in the village. He’s always known he was different but only when he steals away with Winter does he see the chance to live the life he’s always dreamed.  Their journey to the city where Winter will be able to reclaim his life is challenging and there are more than a few adventures along the way.  Winter, although very entitled, can adapt and is willing to share his knowledge with Adam.  He trusts Adam, even taking the man under his wing, so to speak. Even though Adam is the older of the two, Winter is far more experienced in the way of the world and they ways between two men.

There is a lot of royal and political intrigue in this story and I might not have been able to follow every little detail, but that didn’t matter because the story pulled me through. I was fascinated by how characters interacted and how devious they could be. I worried when Winter was back among his kind he might revert to a haughtier version of himself, but Adam helped keep him grounded.  There were also some interesting subplots and I can’t wait for the next book in the series.

I must give a shout-out to Gary Furlong. I recently listened to him narrate a book set in New York City and I believed he was American. Listening to this story, I’d swear he was British.  Not only was his accent spot-on, but he was seamlessly able to go between the upper-class aristocracy and the lower class labourers. His narration carried me through the story and help me firmly captive.  This is a longer book but between Gary’s narration and Ms. Starling’s world building, the time flew by.  As I said, I can’t wait for the next book in the series. Finally, although the book ends on a cliffhanger, I was very satisfied that I got my HEA, HFN, or whatever you want to call it.  Winter and Adam are together.  The rest is just what will keep me glued to my seat and impatiently awaiting the next instalment. 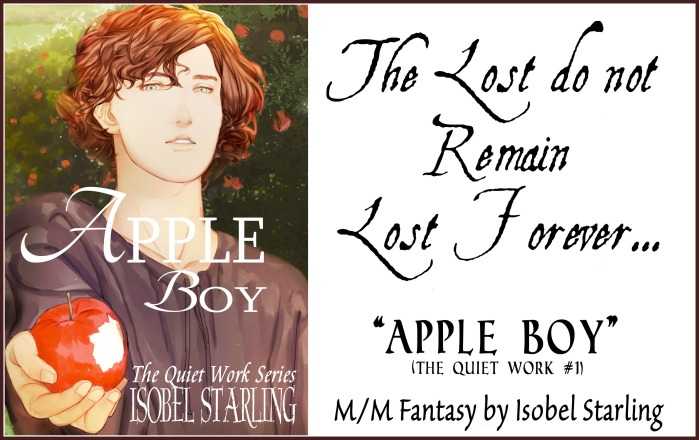 Isobel Starling spent most of her twenty-year professional career making art in Ireland. She relocated to the UK and, faced with the dreaded artist’s creative block, Isobel started to write and found she loved writing more than making art.

Isobel is currently working on her nineteenth book.

“As You Wish” (Shatterproof Bond#1) narrated by Gary Furlong won the Audiobook Reviewer Award for Romance 2018. It is the first M/M Romance audiobook to win a mainstream audiobook award.