Erryn reviews ‘Burn (Witchbane Book 1.5)’ by Morgan Brice. This book was released by the author on September 26, 2018 and is 114 pgs long. The audiobook version of this story was narrated by Kale Williams and released on April 16, 2019. The audiobook is 3 hrs and 2 mins long. A copy was provided in exchange for an honest review.

Why I read this book: I enjoyed the first book in the series and was happy to pick up the next one. 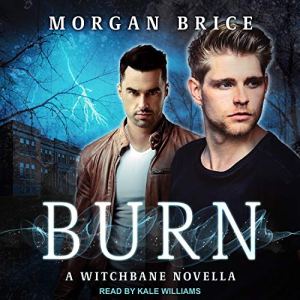 One hundred years ago, a sheriff’s posse killed dark warlock Rhyfel Gremory, but his witch-disciples escaped, and their magic made them nearly immortal. To keep their power, each year one of the witch-disciples kills a descendant of one of the men in the posse, a 12-year cycle that has cost dozens of lives, including that of Seth Tanner’s brother, Jesse.

Seth uncovers a cycle of ritual murders that feed the witch-disciples’ power, and he saves Evan Malone, one of the warlock’s potential victims. Neither Seth nor Evan expected to fall in love, but when the dust settles, they find themselves on the run and on the road together, heading toward Pittsburgh, on the trail of the next killer.

Seth wonders whether Evan will come to regret his choice to stay together, now that he’s living the reality of Seth’s nomadic life and the risks that come with it. He wants Evan to stay, but he’s afraid that Evan would be better off without him, living a normal life. Evan’s whole world has been upended, but there’s one thing he’s sure of, his love for Seth. Evan worries that he’s a liability, not yet able to hold his own in Seth’s rough-and-tumble world, but determined to do whatever necessary to have Seth’s back. On the way to face the next warlock, supernatural threats abound, forcing them to learn to fight as a team.

I really enjoyed Witchbane and so had high hopes for Burn.  This novella sees Seth and Evan take a break from fighting warlocks to fighting ghosts and zombies.  They also find time for sex, so that’s helpful.

What they struggle with is talking to each other.  I understand that’s the underlying conflict for the entire story, but after a while I just wanted to bop their heads together to see if some sense could be knocked into them.  Both have reservations and doubts about the relationship – it didn’t start conventionally (more like with a bang) and it has been filled with high action and massive amounts of tension.  So are they together because of the adrenaline, because neither has a true home, or because they just don’t know how to quit each other?

I believe there is love there.  Or at least some true affection with a whole bunch of hot sex.  But while they struggle with trust, there are feelings of jealousy and streaks of independence.  A simple conversation could have cleared up most of the misunderstandings.

That being said, there are lots of things in this book for Morgan Brice fans and paranormal junkies to sink their teeth into.  I liked the variety of demons, witches, ghosts, and zombies they took on.

I’m looking forward to the next full book as the men continue their journey to destroy all the warlocks determined to wipe out all descendants of the lawmen responsible for the demise of their head honcho.  It’s a little convoluted but Ms. Brice is able to keep the story logical so I’m excited.

Kale Williams again narrated this story and I was so pleased.  His voice is nice to listen to and he gives each man a distinctive voice. I always enjoy his performances and they’re always solid and reliable.  Overall a good audio to listen to. 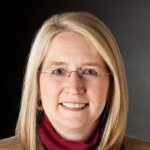 Morgan Brice is the romance pen name of bestselling author Gail Z. Martin. Morgan writes urban fantasy male/male paranormal romance, with plenty of action, adventure and supernatural thrills to go with the happily ever after. Gail writes epic fantasy and urban fantasy, and together with co-author hubby Larry N. Martin, steampunk and comedic horror, all of which have less romance, more explosions. Characters from her Gail books make frequent appearances in secondary roles in her Morgan books, and vice versa.

Other books include Witchbane, Burn, Dark Rivers, and Badlands. Watch for more in these series, plus new series coming soon!