Rainbow Gold Reviews is so happy to be part of this Release Blitz and Blog Tour. Congratulations to Sara Dobie Bauer on this latest release.

Miss Catherine paused. “He’s been waiting,” she whispered and walked away. The only evidence of her presence was the sound of velvet dragging on carpet as she disappeared barefoot, back to her other guests.

The rest was up to Eric. Of course he’d flown first class from London but hoped he didn’t smell too much like airplane upholstery and cheap wine. He straightened his tie and adjusted his suit. He ran the palms of his hands over his slick, blond hair and took one long, deep breath before opening the door.

The room was as he imagined, cast in shadows of firelight, and a man stood facing the front window. He had the edge of a heavy curtain raised as he stared into the city’s night. At the sound of the door closing, the man turned—if he could be considered a man. He more resembled a wide-eyed teen, but beautiful, so very beautiful.

Eric sighed, smiled, and shook his head. “My God,” he said.

Dark eyes appraised him. “I could say the same.”

They both took steps forward, which brought Eric’s new whore further into the orange light. Pressed to guess an age—and knowing Le Chateau only hired whores at least twenty-one or older—Eric guessed twenty-two at most. He wore the body and face of a youth but bearing of a confident man. His hair was black—short on the sides, long on top—and shined with the midnight luster of a thoroughbred’s flank. His eyes were shining, dark pools in the firelight but probably brown in the sun. He had high cheekbones, an angular jaw, and skin the color of untouched morning snow. Despite the poised demeanor, he was small in stature and frame, dressed in a black suit Eric imagined had been sewn for him, stitch by invisible stitch. Despite all the young man’s beautiful accouterments, it was his mouth that deserved worship, possibly idols built: a mouth so full, lush, and decadent, Eric was already half hard.

He stepped into the stranger’s space, towering almost a foot above the young whore, and opened the man’s suit coat. Eric ran his palms over slim sides and thumbed at the tops of jutting hipbones. Then, Eric bent forward with his mouth half open and sucked one wet, gentle kiss against the side of his neck. He smelled like spicy cologne and scotch.

“What’s your name?” He ran the tip of his nose over the stranger’s earlobe.

Eric pulled back enough to see a small smile on Will’s face. His teeth were white and perfectly, perfectly straight.

“You must have cost a lot of money,” Eric said.

Will stepped forward and rubbed his nose across Eric’s carved chin. He practically breathed his response into Eric’s mouth: “And worth every penny.”

With that mouth so close, Eric was done talking. He slid one of his hands behind Will’s head and took hold to the back of his neck. His thumb was lost in soft black hair as he pulled Will even closer until their lips met. Eric moved slowly and savored the pliant softness. Will opened his mouth and allowed Eric’s tongue inside. Not only did he smell like scotch but tasted like it, too—something expensive with a lingering edge of vanilla. Eric’s other hand went to Will’s lower back and pressed their bodies together, which earned him a deep, delightful moan from his new toy.

This author is an auto-buy for me. I’ve enjoyed everything that I’ve had the chance to read of hers and this book is no exception.

I fell so hard for these characters and I was fully prepared to not even like one of them. I really didn’t understand that they would be so complex but SDB has done this to me in the past so I shouldn’t have been so surprised. This book will make you feel all the feels. There’s a brilliant span that showcases everything that love can do to a person as well as the different degrees and types of love. It had me on the edge of my seat wondering what could possibly come next and then surprised me when I thought I had covered everything that could happen with something I wasn’t expecting at all.

The story is thrilling and fast paced. Oh yeah, can you say plot twist, action, suspense and angst? It has all of that plus a healthy dose of romance and drama. It’s a little gritty and a little dark too. I’m in love with this story and like all the other books that I’ve read by this author, I want to share my discovery with everyone so you all can fall in love with it too.

There is cheating by one of the characters so if that’s a hard no for you, you might want to keep that in mind. If it’s even something you think you might be able to overlook, I promise that it will be worth it. This book took my breath away!

Be sure to check out this Rafflecopter Giveaway. Good luck! ❤

Enter the Rafflecopter Giveaway for a chance to win one of

5 eBook copies of Escaping Exile, book one of the Escape Trilogy

3 eBook copies of my novella, A Lord to Love 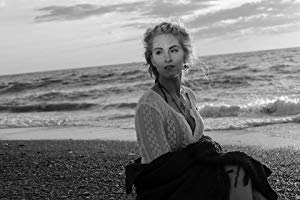 Sara Dobie Bauer is a bestselling author, model, mental health speaker, and LGBTQ advocate with a creative writing degree from Ohio University. Twice nominated for the Pushcart Prize, she lives in Northeast Ohio, although she’d really like to live in a Tim Burton film. She is author of the Bite Somebody series and Escape Trilogy, among other sexy things.