We are happy to be hosting the Cover Reveal for Julia McBryant’s upcoming release ‘Bless Me Father’ (Bastian and Rob, Part one). Due to release December 1, 2019.

Congratulations Julia. The cover is gorgeous and we can’t wait for this one to release!

Father Robinson Arthur hasn’t believed anything in years. He’s going through the mindless pray-work-teach routine, faithful to his vows, when 18-year-old Bastian McCarthy swaggers onto his swim team. God help him, Father Rob develops a crippling crush for the bisexual brat, who torments him during Confession, makes the nuns cry, and sleeps with half the girls. But Bastian finally proclaims that not only does he have a daddy kink, he wants a daddy — and that daddy’s Rob.

Rob doesn’t know Bastian’s smartass exterior hides a life-destroying secret: a secret that’s eating Bastian from the inside out. Both Bastian and Father Rob desperately need healing. If they’re lucky, the star swimmer and the runaway priest might find it in each other. Full of twists, turns, and tons of steam, Bless Me, Father brings the daddy kink with a side of hurt/comfort and plenty of angst.

The next fall, the first day Bastian walked out onto the pool deck, Rob knew he wasn’t a priest anymore.

Bastian had missed the season his junior year. Or maybe he’d started at St. Albert’s and quit. But he appeared the first day of practice, goggles and swim cap in hand, towel slung over his shoulder. Pale, like that dark hair and the freckles had promised, but almost no body hair, all long, smooth planes of muscle. And oh sweet baby Jesus in the manger, he wore a red Speedo. All the boys wore Speedos, sure, but Bastian’s was red, and even if some of the other boys wore red too, Bastian’s red seemed particularly alluring, or particularly lewd. That cock tucked up neatly, Lord, you could see the whole goddamn thing. He might as well be naked. Rob yelled at all of them to get the hell in the pool and give him some goddamn laps. He sunk his head into his hands.

Holy Christ that boy could swim.

Bastian swam the same way he did schoolwork: as if he didn’t care, as if it were some enormous game, but he was beautiful in the water, perfect form in any stroke, and Rob put him through them all. He ran the whole team ragged that night trying to get that kid out of his head, and finished by making them swim heats against each other.

Bastian won them all, in every stroke. 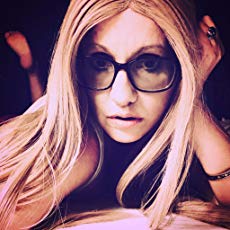 Julia McBryant lives in the prettiest city in the whole world with her roving nebula of German Shepherds. Southern born, Southern bred, and when she dies, she’ll be Southern dead, Julia loves gold glitter, brand-new pens her children haven’t stolen, and notebooks full of character details.

She also enjoys unicorns, caffeine, and unicorns on caffeine.

When she isn’t writing she’s writing.