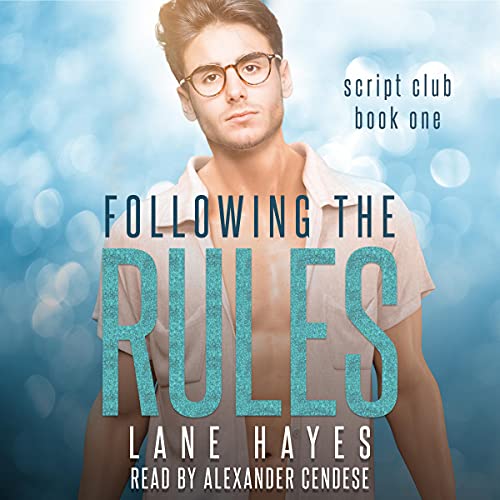 The geek, the jock, and a new set of rules…

My friend’s brother needs an academic assistant and I need a job. Problem…jocks are my weakness. Seriously. I lose my ability to speak coherently around muscle-bound hotties. Oh yeah, I lose my inhibitions too—not a good look for a guy with a genius IQ. So what am I going to do about Simon?

Finishing college isn’t high on my list of priorities, but my future in professional football is looking bleak. I need a plan B or C, and I could use some help navigating life as an undergrad. Topher is perfect. He’s also a little strange…but in a good way. And I like the way I feel when I’m around him—as though anything is possible. Maybe if we follow our hearts, we’ll find what we’re looking for. But that means changing the rules…

Following the Rules is a MM, bisexual awakening romance starring a lovable nerd, a cool jock, and some extracurricular fun.

Listen to an excerpt & purchase at Audible 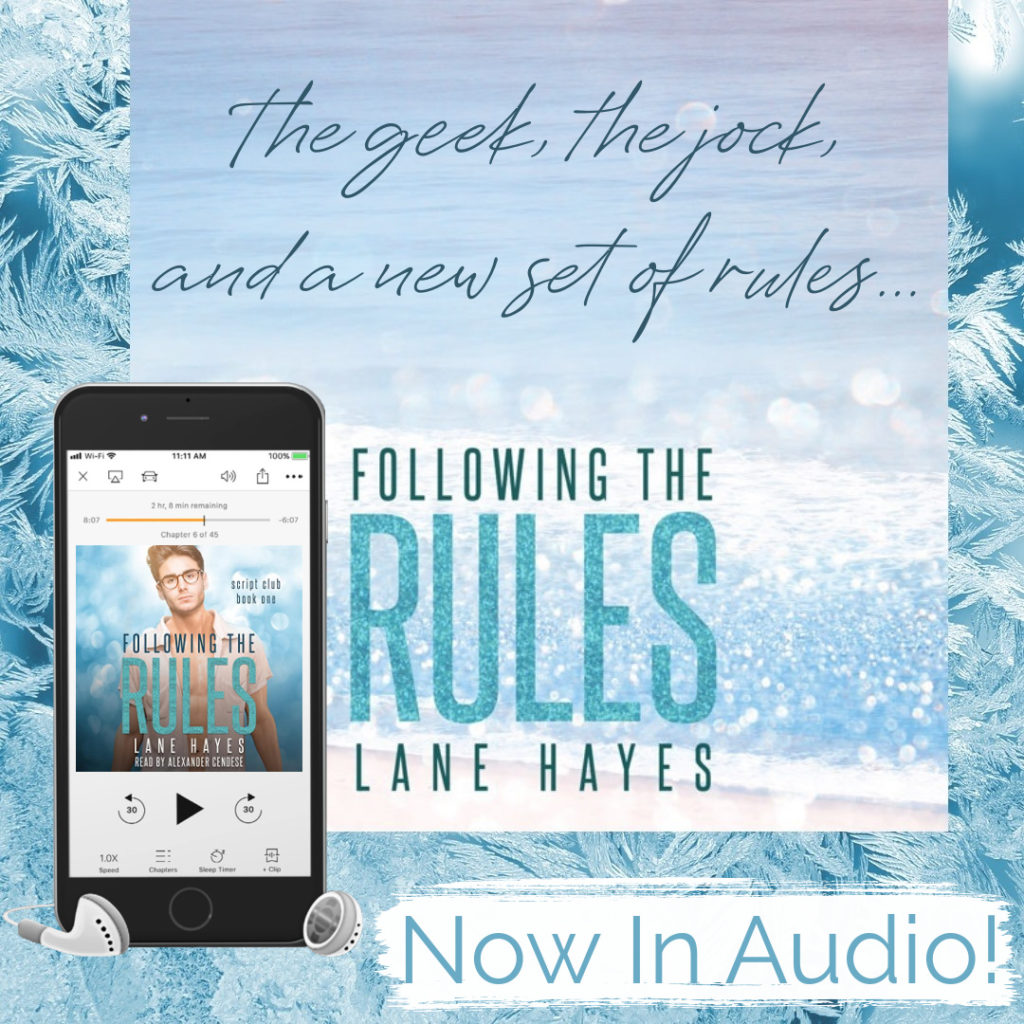 I admit I don’t read a lot of what used to be termed “New Adult” romance.  Although I loved my university years, I don’t have much interest in repeating them.  I’m looking for more mature characters who have some years on them.  That being said, I really liked Ms. Hayes’ Starting From series and this is a spin-off, so I was willing to give it a shot.  In truth?  I’ll listen to just about anything, and Ms. Hayes books are right up there on my list.

Simon’s been cut from the NFL, and is waiting for the call to go back.  Three concussions haven’t deterred him.  He wants to play in the big leagues.  In the meantime, he realizes he has to have a life beyond football.  So college, right?  Something to do.  A way to pass the time.  Except academics were never his strong suit.  Solution?  Hire someone to help him.  He didn’t see Topher coming from a mile away, but now that they’re up close?  Suddenly Simon is very interested in exploring his hither unknown bisexual side.  Suddenly women aren’t doing it for him, and all he wants is his tutor.

I could completely relate to Topher.  Somewhat nerdy.  Somewhat socially awkward – except with his friends.  His weakness is jocks – and he’s been burned before.  So when Simon hires him to help him academically, Topher puts up walls.  Tall ones.  Because Simon is straight, and Topher is so not going down that road again.

Simon’s awakening felt legitimate.  I think some people can be straight until they meet the right person and suddenly they’re not as tied to social conventions.  Suddenly, for the right person, they’re willing to risk everything.

I also liked the acknowledgement that there needs to be life beyond professional sports.  Very few players make big bucks, and if they money isn’t invested wisely, they can be in trouble in their later years.  Simon is planning ahead, and that holds him in good stead.

This is an opposites attract romance – what could be more different than the jock and the nerd?  It’s the first book in the Script Club series and I’m intrigued to see where this goes next.  The narrator for this book is Alexander Cendese.  I haven’t heard him often, but I do enjoy his voice, and if he’s narrating the rest of the series, I’m excited for that.

At the beginning of this book, we are first introduced to Christopher, or Topher, to his friends. He and his fellow geeks are about to be moving in together and are brainstorming ways for them to partner up and earn money for their rent and college loans. After discussing a few options they come up with a venture called the Script Club. Seeing how that is the name of the series I can guess that the following books will feature the rest of the roommates.

One of Topher’s Script Club buddies happens to have a brother in need of tutoring. Topher is especially in need of money since his internship fell through, so he decides to give it a try. It’s not that he can’t tutor, but Simon is a professional athlete and jocks are Topher’s weakness. He gets tongue tied and falls apart when trying to talk to them, not to mention he is insanely attracted to them. Simon is a football player who’s suffered more than one concussion on the field and is currently unemployed. He wants to get back to playing, but until then he has decided to take some college courses and make a Plan B.

Topher’s nervousness definitely makes it difficult for them to gel at first, even though Simon seems to be a really nice guy. Their initial conversations are awkward and a little funny. Things change when Simon figures out that Topher might feel more comfortable playing a role and the two begin texting each other character names and scenarios to act out during their tutoring sessions. For me this story was sweet and funny, with both of the characters being likable. I don’t think the story is really unique, with many other jock/nerd romances out there, but there was something that set this story apart for me. Besides being sweet and funny, it was HOT! The chemistry between Topher and Simon would just explode at times, like when they were just talking and Topher would grab Simon and kiss him passionately. At times, my breath would catch. I could feel the intensity and it added to the story.

I always enjoy stories by Lane Hayes and this one was no exception. I’m a fan of Alexander Cendese’s and I hope he does more in world of mm romance. I would definitely recommend this book and I look forward to reading/listening to the next in the series.