Dana reviews Honestly Yours by Jaime Reese (Published May 12, 2022. 408 pages) A copy was provided in exchange for an honest review. 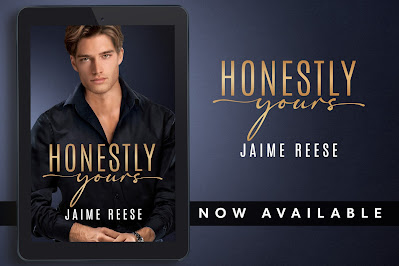 “This was a beautiful story of love and found family.” 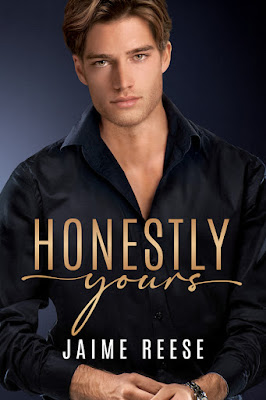 The truth hurts. But in the end, honesty wins. Or does it?
Warren Prescott loves a challenge. He knows how to play the game and adapts when necessary to succeed in his cutthroat world. Tired of pining for a man he’s wanted for months, Warren intends to seal the deal. Until that man throws him an endearing curveball…
Be honest.
Gian Benedetti doesn’t play games. Success has cost him the personal connections he craves, and he doubts he’ll take another chance on a relationship. Until the attractive, younger man with the brazen personality and confidence stirs his interest.
Except…someone else is playing games.
And threatening everything Gian has worked hard to achieve.
Warren won’t rest until he uncovers the new player and gets his forever with Gian.
But they’ll soon face a hard truth—
Honesty may be what brings them together…
Or it could be the one thing that tears them apart.
***
Honestly Yours is an age-gap standalone romance. It features a snarky younger man with a giant crush on a good-hearted, affectionate, bisexual older man. Expect some banter, a little mystery, a few twists, a dash of angst, curious parents, animal trivia, and a whole lot of love…and hugs (so many hugs). 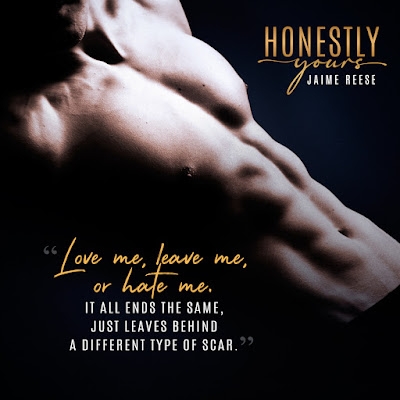 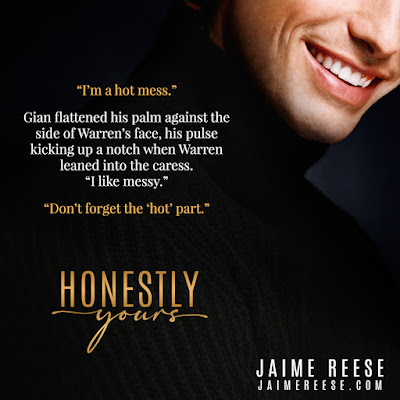 It’s been a while since I read a book by Jaime Reese, and I was really excited to hear about Honestly Yours. The blurb was the right amount of intriguing mostly focused on the couple with a very slight mysterious air. After reading the book, the story stays true to the synopsis.

We first meet Gian as he takes a drink at an exclusive club for powerful and successful businessmen. He isn’t what I would expect of someone as wealthy and powerful as him, all of his moves being aboveboard. Honesty is important to him. He is also a visionary. He sees the soul of old buildings, and their future potential. He loves fixing and creating buildings that are not only beautiful to look at, but useful as well. It makes him a very likable character, because he is exactly who he presents himself to be. It doesn’t look like it has made him particularly popular in the world of real estate and business, though. He drinks alone with whispers at his back until a younger, sexy man approaches him.

Warren is used to operating in the shadows, he is the owner of the exclusive club, but no one would know it, except his business partner and lawyer, Kellum. He has spent time watching Gian at his club, until he finally decides to make a move. Warren is a pretty ethical business owner and investor, though he knows to protect himself by knowing the ins and outs of his clientele, just in case they ever come after him. Not all his patrons are moral, quite a few using their power to force an invitation to the club.

I like Warren, and Gian is definitely interested, but there are times where I felt he was a tad overdramatic. I wasn’t sure if I was going to spend the whole time rolling my eyes at some of his behaviors, but the author calls out the theatrics through Gian, and Warren even admits to jumping the gun sometimes. It made it easier to handle because as Gian (an incurable romantic and hopeless hugger) worms his way through Warren’s defenses, Warren does begin to mellow out and accept a hug or two. He might just begin to crave them, actually.

As for the air of mystery, Gian’s latest bid to purchase property he once lived in, is being thwarted by an unknown party, who also seems to be throwing wrenches into other business deals of Gian’s and Warren’s. Since they have just met, it is concerning who might be trying to take both men down. Warren also has a few secrets that he worries might change how Gian feels about him. Of course, I don’t want to spoil anything, but there are some surprises before things can work themselves out.

I admit that I was drawn to Gian’s caring and open personality most in this book. Seeing Warren learn to trust and learn to relax and give up control with Gian does make him endearing, too. Jaime Reese also added some great side characters from the reporter who equally annoys and helps Gian, Warren’s business partner, Kellum, to Gian’s sweet and loving parents. There is even a cameo from a character in the Halfway House series. They all added to the story and made this an engaging read that I would definitely recommend.

Jaime Reese is the alter ego of an artist who loves the creative process of writing, just not about herself. Fiction is far more interesting. She has a weakness for broken, misunderstood heroes and feels everyone deserves a chance at love and life. An avid fan of a happy ending, she believes those endings acquired with a little difficulty are more cherished. 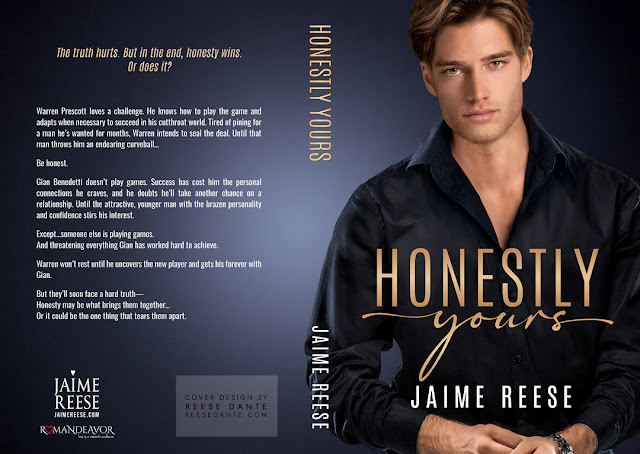